CD tips for this week. 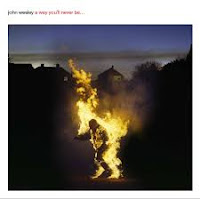 john wesley - a way you'll never be...
John Wesley you might have seen many times on stage, but this is the first solo album I bought from him. He was touring guitarist with Porcupine Tree. I saw him also with Sound of Contact, probably with Fish and possibly solo opening for Marillion once as well. Reason I picked this CD up were the many positive reviews I read on this album. Guess what, they were all right as this is a bonafida hard rock album with great songs and obviously good guitar work. Aardschok mentioned Lenny Wolfe as reference for his voice. I can hear that, but combining the music I even hear more similarities to the great debut album of Katmandu with Fastway's Dave King on vocals. Highlights to me are the catchy choruses on the title track and to outrun the light. During instrumental unsafe space and sun.a.rose we suddenly go slower and heavier, while the song epic ends beautifull. Noticing I mentioned almost all songs, fact is there is no weak spot on this album. While based upon his touring experience a neo-prog album might be expected, this is just very enjoyable melodic hard rock. Surprise of the week. 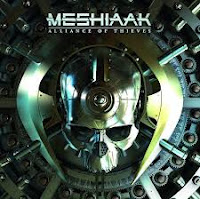 Meshiaak - Alliance of Thieves
My interest was raised when learning that this was the band of Dean Wells. His other job is with Teramaze a progmetal band that made it to my list of favorites of 2015 with Her Halo. Similar to John Wesley hereabove, this band is heavier than how we got to know Dean. Meshiaak plays Thrash Metal and does so extremely well. While being heavy and fast, they also play very clear metal and pack their music in solid songs. While the band is Australian their drummer John Dette is American and played before in several big bands in the US. The album continues at speed, with only on closer Death of an Anthem some reduced tempos. Positive news I read yesterday is that they work now with booking agency Loud Noise. This means they probably tour Holland next year. How nice would it be if they play near home for a one off show entitled: The Hague Heavy Metal Alliance Of Thieves!! 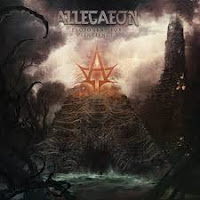 Allegaeon - Proponent For Sentience
Ending heavy, herewith yet another great Technical Death Metal release of 2016. I did get into them through the prog door, when I saw their stunning cover of Rush's Subdivisions (check YouTube). Clicking on more clips I noticed that this is a very tight Death/Thrash machine. The album starts epic and holds many short breaks into calmer waters. As is the norm with these bands, the level of musicianship is very high. Vocals are mainly grunting with in the last song of the title trilogy a guest role for Bjorn Strid. The TechDeath party in patronaat two weeks ago showed, that this music is even better when undergoing it at full volume live, so bring them on. For those afraid of grunts, the Rush cover is sung fully clean and worth the purchase by itself.
Posted by erikprogtricolor at 20:48