In my week of female vocalists some CD tips with more of the same. 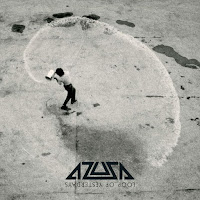 Azusa - Loop of Yesterdays
Azusa are a band with members having a past in Extol, The Dillinger Escape Plan and Sea+Air. That should give a good idea on what to expect more or less. In 2018 I was impressed by their debut album Heavy Joke. in 2019 they were sensational live on stage in Merleyn and now in 2020 they give us the next album to impress. So next year I shall see them touring again. Well something to look forward to indeed. Azusa is not easy and for me also not for all moments. But when you are in the mood for something that requires total attention Azusa gives a lot. Within all the musical insanity going on I guess vocalist Eleni stands out most. I saw how live she used two mics for both the cleaner and mostly screaming parts. When you hear her angry scream, you wonder how she a second later manages to sound so sweet. This album holds in the title track even a full song where the pressure drops and all becomes softer on the ears. Just to burst out with Rapture Boy hereafter. Azusa managed again to astonish and I am already waiting to see them in 2021. 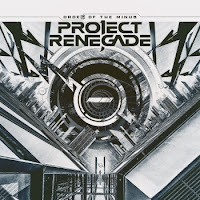 Project Renegade - Order of the Minus
Project Renegade are from Greece and found me. This band apparently already played in Holland at the Femme Festival, but I never go there as female fronted metal is no genre. Now unlike Azusa Project Renegade are not wildly original. They play a sort of alternative hard rock with female vocals. Their album sounded instantly accessible to me and pretty nice as well. In order to spice the album up some spoken word samples appear here and there, but in general they just produce decent songs that you can hum along to. I will keep an eye on this band and next time they play Holland I probably might be there. While writing this I was trying to think which band they reminded me a bit of and than I thought of You're Pretty. Yes some Nu-Metal influences blended in as well and simply nice. 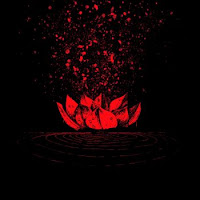 Lotus Thief - Oresteia
Lotus Thief are a band whom I strange enough discovered through a review in Prog Rock magazine iO Pages. This is strange as Lotus Thief are pretty far from prog rock with their post black rock doom alternative sort of mix. After checking them out though I did immediately order their CD. This is one that needs time and attention again, but you will be rewarded for your efforts. Assuming here you are open for some landscapes of moody music. Inbetween the long songs are some short instrumentals/noises that do not add all that much for me. During the long songs however they did capture my attention and provide some epical work. I believe that especially those into Madder Mortem might want to check this out as atmospheres match at times.
Posted by erikprogtricolor at 16:25 No comments: