Get 3000 people out of 52 different countries, put them in a Centre Parcs bungalow, have this all organized by (one of) their favorite band(s) and you have the Marillion weekend setup. Three nights of Marillion live playing two full albums and one surprise set, plus the best atmosphere any music event can create. As most people who attended once feel like coming back this event was one year ago extremely fast sold out, but we were lucky enough to book on time and keep a 12 person bungalow which was even closely located to the centre. Still in the afterglow of this great event herewith some of the highlights: 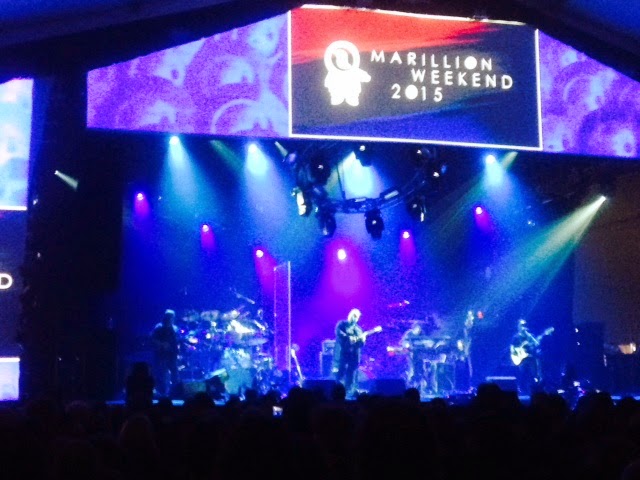 The support acts:
The weekend was opened by the most popular Marillion member Steve Rothery with his solo band. As his last year's album The Ghosts of Pripyat, made it to my top 14 of 2014 I was very much enjoying the live versions. He is simply one of the best guitarists around and presentation in his usual modest sympathetic style. Second night opener was Ranestrane from Italy, playing Iatlian Prog sung in Italian. Having nice moments I was not so much overwhelmed that I would look for the CD afterwards. Last evening was opened by Lifesigns. I do have their debut album and really like it. But as it is mainly calm I did not know what to expect live. Also caused by tired last evenings I did not really get into their show, while enjoying the music. Maybe better to see fit in a smaller place. 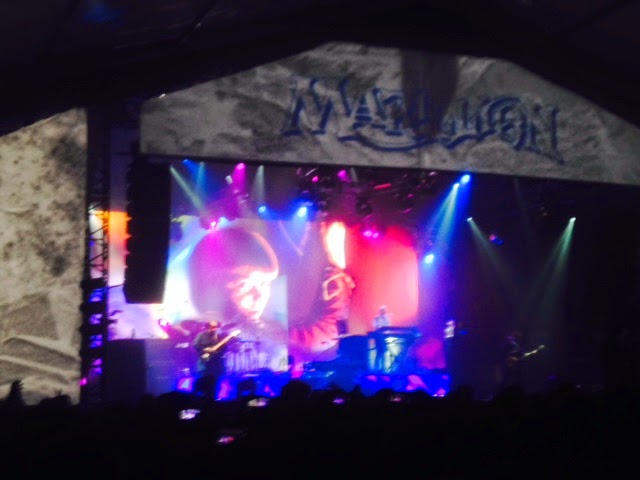 Marillion live:
Three nights live means some 7 hours of songs to play. In order to help them decide on how to fill these hours they applied since 2013 weekend the habbit of starting the first two nights with one full album show.  The first evening was Anoraknophobia, one of my favorite Hogarth era albums. Great album perfect Friday night. While the encores started with a new (Gaza) and old (This Strange Engine) Epic my favorite of the evening came in a great version of Three Minute Boy.
Saturday night had Marbles as main part. I Liked that album at the time, although not all songs are that interesting to me, which is the risk of a double album. Again the encores were very good and the emotional clips behind Out of This World and King were beautiful.
The final evening was the only one where the setlist would be a surpise. Soon it became clear that we would be treated on an evening of Singles starting all the way back with Market Square Heroes. Knowing that Hogarth who had some issues over the weekend might not like it, always when the Fish songs are played the audience gets more excited. Playing 8 of them to open the evening means we just got the best hour of the Marillion weekends I attended. It was remarkable to see how singles died out after 2000 and the last songs were maybe released as single, but showing that only albums count nowadays. Ending with Hocus Pocus from Focus gave a double feeling. Great song, but they did that before and Market Square Heroes would really be the best closing song in my view. Still Sunday rocked and was very good indeed. 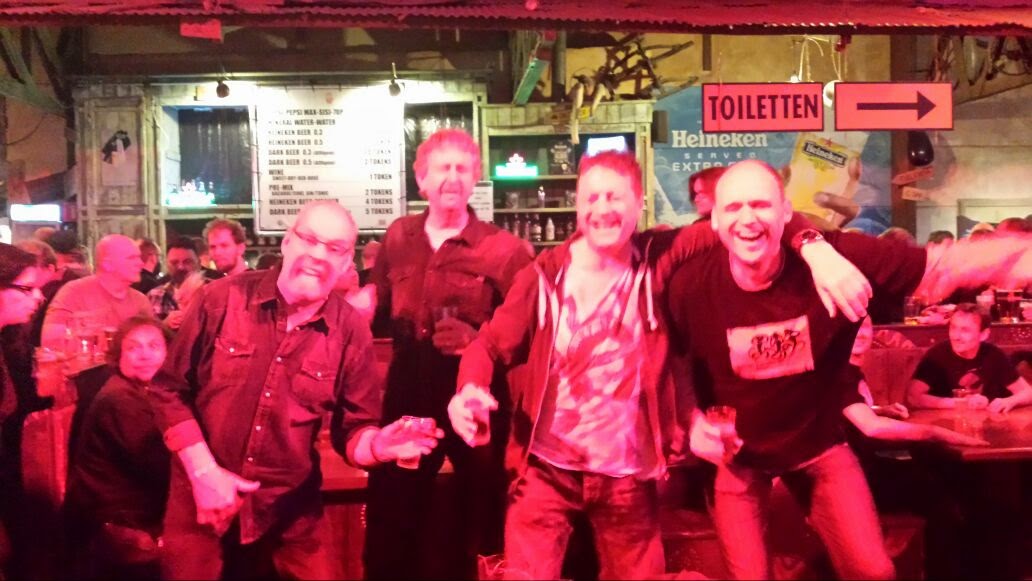 The After Parties:
Apart from the great shows, the after parties are the major treat during Marillion weekends. While in the past the DJ always showed he had two Classic Rock Best Of double CD's by playing always the same songs, this year we were in for a great surprise. On Saturday and Sunday we got a Rockeoke. A brilliant live band had a list of many many songs and people could sing along. I was very sorry to have lost my voice the Friday night already, so really unable to produce any sound. We got some very decent singers and some horrible performers and voices. Interesting to see that the majority of the fans picked the heavier songs of the list. Great fun and what a band. Surpise on the last evening came when Hogarth joined in for Led Zep and two Beatles songs. This showed that a good vocalist cannot sing everything as Rock and Roll did not really Rock, but the roof came off anyway. 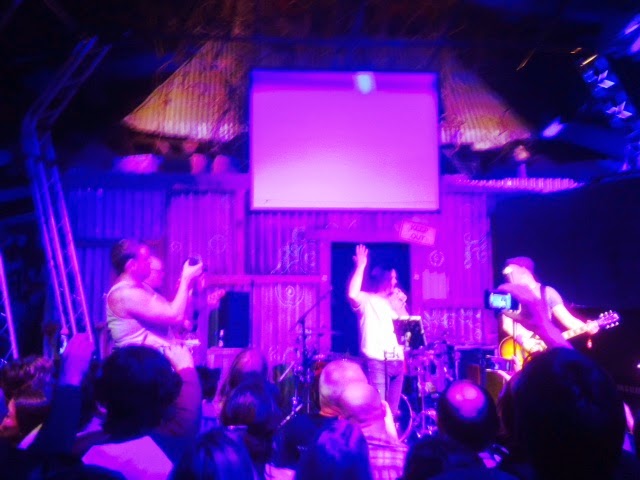 And when it is over  there is a sad feeling of ending, completely overruled by the great memories of a weekend one shall always remember. As I did not even mention the outside warm wild water pool with benches, or the volleyball, or the Swap the Band (which I missed due to the two before mentioned activities) I can only hope that I can attend again in two years time. A Great thanks to all who organized this perfect weekend.

Posted by erikprogtricolor at 21:06 No comments:

Inspired by DPRP's Something for the Weekend, this week 4 different CD's in all different styles. Unlike SFTW not by different authors, but more displaying the very open minded range of musical genres I appreciate. As my normal reviews are kind off short already, I now really stay with a minimum of information. Going from soft to loud, my recommendations are:

Tony Patterson & Brendan Eyre - Northlands
This is what I like to call Sunday morning prog. There is no rush to get up and the musical background is reassuring. Painting the North East of England with a very nice calm form of very British Prog Rock. Known from Re-Genesis (Tony) and Riversea (Brendan) this sets a benchmark they manage to live up to. You can't wake up more pleasant really. 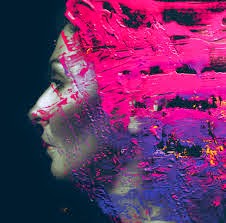 Steven Wilson - Hand. Cannot. Erase.
The Internet is full of extensive reviews of this album. My favorite CD's where Steven Wilson appeared were: The Sky Moves Sideways, Stupid Dream and The Raven that Refused to Sing. This one might be even better than all three as only time shall tell. Superb album by extremely talented and still underrated Mr. Wilson. Simply Beautiful this is Steven Wilson's answer to Marillion's Brave. 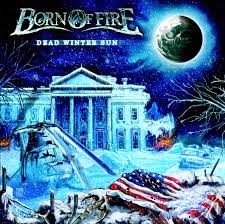 Born of Fire - Dead Winter Sun
If Aardschok is very positive and mentions references like Savatage, Nevermore, Iced Earth and Queensryche I am interested. US Metal at its best and that never disapppoints. Dark lyrics, American Flag on the cover, moody intro's fast guitars and some screams. Great band all out and some good songs to match. Not Earthquakingly orignal, but very good. 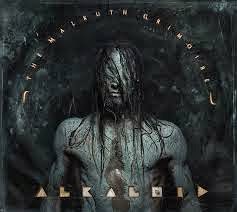 Alkaloid - The Malkuth Grimoire
Crowdfunding at Indiegogo and I joined due to Obscura members participation. Well this album shall need a lot of listening sessions still, but what I heard so far it can reach very high on my 2015 end of year list. Extreme Prog Metal, so one must accept grunts, although some songs are mostly or fully clean vocals. Many different styles passing giving us great variety. I might fully appreciate this one only in six months (or understand the album title), but very promising to say the least.

Posted by erikprogtricolor at 15:17 No comments: 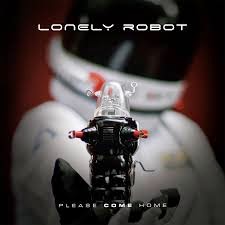 John Mitchell is a frequent visitor to de Boerderij. On stage that is, as he plays in many bands that typically would pass Zoetermeer on any European tour. Most famous names being Arena, Frost*, It Bites and Kino. Lonely Robot is his solo project and with help of some friends (Steve Hogarth, Heather Findlay, Jem Godfrey amongst others) he released this very pleasant sounding Please Come Home album.

John Mitchel has a raspy voice which fits the songs well. He also is one of the world's most underrated guitarists and again amazes with his heavy riffs and great melodic soloing on this album. I remember seeing him live with PB2 some years ago. He played one guest solo and immediately that song stood out by a mile and then some during the show. He also gave twice in a short period a keyboard only version of Peter Gabriel's Here Comes the Flood, where his voice showed great range. So I knew I liked most if not all of his work and this CD is an easy goal to make in that respect. I read that not being in a band he could go wherever he liked and be more open. First song I heard however, came with Prog Magazine and Construct/Obstruct to me sounded nothing different from the last two albums of It Bites. Hearing the full album there is more variety indeed. Still all has this easily acceptable melodic rock overflow which makes this an album that could be big, if only getting some exposure. As this is not going to happen Lonely Robot shall remain one of the many secrets for the happy few.

John Mitchell shall be back in de Boerderij in April with Arena. I do not know if this project shall ever tour as well, but don't let that stop you from buying Please Come Home. You get what you expect and in this case that is just fine.
Posted by erikprogtricolor at 09:34 No comments: