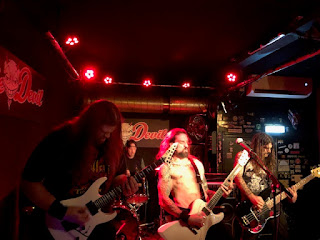 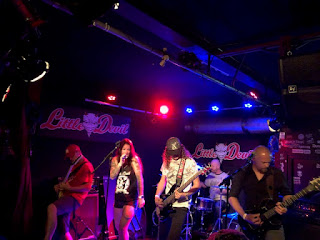 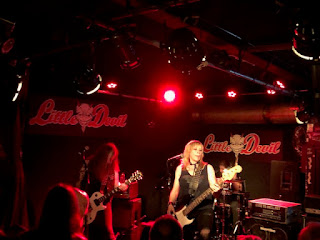 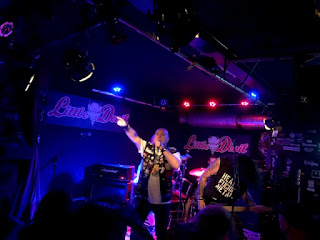 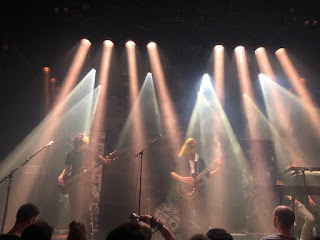 Five bands on a weekday, challenging to start with. I came to see the headliner as I discovered Vola through the Prog Metal Zone website some years ago around the release of their EP Monsters. Pretty soon thereafter they played Progpower and released full album Inmazes. Then last year I did not get their last album "Applause of a Distant Crowd". Reviews on both their album and live shows were positive as I read, so time to reintroduce the band to me. Before they would hit te stage many bands would try to warm us up and although upon arrival we feared an empty house, the evening was held in a very decent filled small hall of Patronaat. 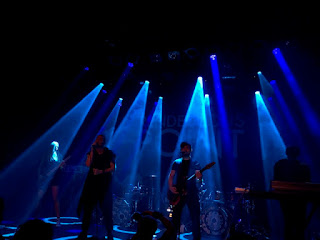 First band was Schiermann. Kicking off he ran into the first technical issues of the evening. Being so worried with his laptop he missed fixing the sound of his guitar so we heard nothing and a restart was sympathetically announced. This instrumental trio played hereafter four songs and they were building up nicely with at times some references to Joe Satriani for me. Pity that they fall in the category overdose on laptop, as keyboards and guitar were also provided by Apple. Next band Rendezvous Point did hold a singer. That does add a song structure in their case and I did like what I saw. Good songs, varried playing and interesting enough throughout. Even liking their set I got distracted as from minute one. No not by the blonde lady on bass, but by the keyboard player. He seemed to have walked straight out of classical dutch saitire program debiteuren/ crediteuren. Result I was waiting for him to throw sandwhiches at us during the 30 minutes shouting Toedeledoki. They shall have a full hour at Progpower, which they did not announce strangely enough, but apparently something to look out for. 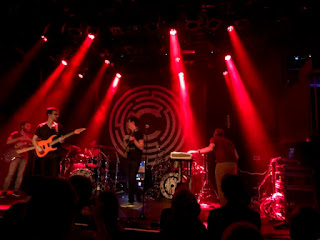 The next band was instrumental again, depending on laptops and to make matters worse with bigger technical issues. They could not hear each other with defect in ear systems and thus gave us a jam of music. With music being so complicated a rather hard task, so we got tiring bits inbetween what I thought two songs they could play in total. I would love to see them once without the technical issues showing what they are able of. Now the band was pleased with what they pulled of, but I felt bored at times and thought this miss a victory of organic heavy metal. Next band were French band Uneven Structure. I missed them at Progpower in the past, but saw them at Complexity some years ago. I recall liking them, but tonight they were a bit flat to me. In their defense what did distract and annoy were a bunch of children making a lame attempt at a moshpit or slamdancing without any sense of the music being played. These kids should go obligatory to a next Exodus show in Holland to learn how it is done "Murder in the front row, crowd begins to bang and there's blood upon the stage". Bassist of Uneven Structure was the same eccentric moving guy from Schiermann, thanks Marcel as I did not even notice that. Not their best evening I guess, yet at heavier moments pretty acceptable. 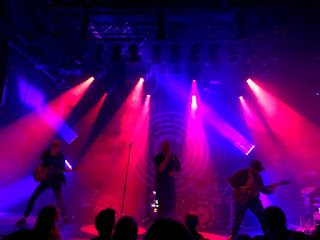 And then Vola came on and it took very short to notice why they were headliners. Sound and songs at another level. Technical issues continuing with a broken string during the opening song causing a minor delay. We had a very convincing band going through their discography, although I believe they skipped their EP. Luckily my favorite Your Mind is a Helpless Dreamer  was in the set. And afater more or less one hour they announced their last song Stray the Skies. This was one succesful reintroduction to Vola and I can see them climbing the time schedule at Progpower any year soon. This band mixes their technical domination of instruments with well written songs and that was not the case with all tonight. Pleased to have trained to Haarlem for the evening and I wll keep a closer eye on Vola returns to Holland.
Posted by erikprogtricolor at 11:48 No comments: 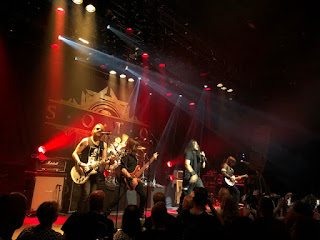 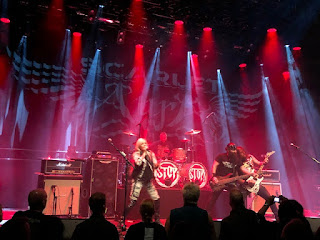 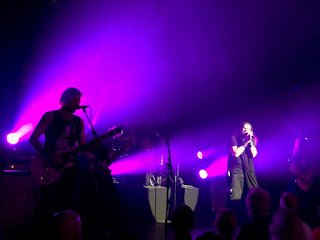 Posted by erikprogtricolor at 09:51 No comments: