Gary Moore - Murder in the Skies

"Murder in the Skies - Came without a warning".
Gary Moore wrote this song about the Korean Airline that got shot down by the Russians during the Cold War. Next month it is 30 years ago that I drove for the first time with Sergio to Monsters of Rock in Germany to see among many other highlights Gary Moore perform this song live.

Now Sergio is no longer among us! He got shot down with his wife Esther and children Elsemiek and Julian on their way to what was supposed to be a holiday to revisit a country of his past. Still trying to come to terms with this most surreal and unnecessary ends of lives I dug into the only remedy that helps in such occassions: Music.

Sergio was, the saddest of openings talking about a friend, one of the nicest persons around. We knew each other from the football club, but as he was a few years older, we became frineds through music. While having been to similar shows before, the first trip together was to Monsters of Rock in Karlsruhe 1984. I still kept the Tee, since what a line up, with AC/DC, Van Halen, Ozzy, Dio, Gary Moore, Accept and Motley Crue. After this huge success we repeated this trip in 1986 Mannheim and 1987 Pforzheim (85 had no European version) until in 1988 MoR hit Holland for the first time. In those years we went to many, many shows and the last two days I have been playing music we both loved then and now still do or did.

Playing Rush's Moving Pictures yesterday I listened to Witch Hunt and heard a description of some of the emotions that are going around my head at the moment: "Quick to Judge, Quick to Anger, Slow to Understand". Noone knows officially why and what has happened, but all doubts are pointing to them Russians again. This means that the already ridiculous raising of beer glasses between our King and his Argentinian (censored) with Putin during the Olympics earlier this year only becomes more sinister. The guilty ones if found won't bring back the almost 300 lost people and Sergio shall never join me again to a traditional Heavy Metal show.

Dio should be mentioned as well, since we both would mention Dio amongst our favorite all time artists. Similar to Sergio Dio is no longer among us and he seemd by the stories a very good person. Sergio never changed. At the end of the eighties Sergio started moving around for work. When in Aberdeen I still visited him twice and one of the football highlights in our lives was watching the MacDuff Derby in Northern Scotland. When he moved to Brunei I was less tempted to visit him and when he moved to Nigeria I was moving to Brazil myself. In the early 2000's we both returned to Holland and got in contact again. Sergio was one of the examples of a friend I would not see often, but when we met everything was fine.

As we both travel a lot for work we would sometimes not see each other for many months, but when any band from our past would play in Holland I always contacted Sergio and he would join if he could. Only last week I saw an announcement of Graham Bonnet and Magnum playing Holland this autumn thinking to myself this deserves a group going. Some two months ago I tried to get friends interested in joining me to a Monsters of Rock Cruise next year. Sergio replied we would do that when retired. Given we were working on advancing our retirements, this could have worked soonish. Now the Sailing Ships might sail, but can I ever join not thinking of Sergio who should be there next to me at the bar?

I am still going all over the place with my thoughts, but do know I shall remeber Sergio as someone who cared as a person and loved his Heavy Metal. I shall watch the skies looking for a Rainbow in the Dark. If ever spotted maybe a God exists after all, but for sure Sergio would still be around. 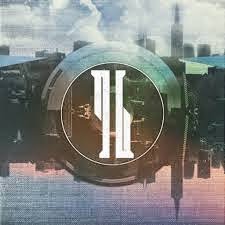 Posted by erikprogtricolor at 22:43 No comments: