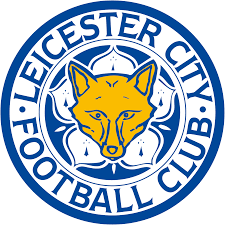 "The greatest story in team sport history "stated Gary Lineker and probably he is right. Everybody loves the story of Leicester City this year. Their selection in total was put together for less money than an average bench sitter at the big clubs. European and British football is spoiled completely by big money coming from dubious parties like American investing companies, Russian mobsters and Arab inferiority complex sufferers. The neutral supporter hates this division, which reduced European competitions to a handful of potential winners, killing on the way competitions like the Dutch one, due to unbridgeable amounts of money spend each year. And then came Leicester with their heroes Mahrez and Vardy upfront showing everyone their wrong. Creating a team, having the right players at the right time together and grow above themselves. This is a beautiful story indeed and the whole football loving world has become a Leicester supporter over the past months. In Brazil in the years 2009/2010 something similar has happened, to almost the same extend. As this involved my club Fluminense herewith some facts of another beautiful football story that did not get great exposure in Europe.

It is 2009 Brazilian winter. Fluminense is after 22 out of 38 games hanging at the bottom with 16 points 8 points below relegation levels. Maracana is hardly filling parts of the huge stadium as the banner appears "Lutem ate o fim" which means Fight until the end. Brazilians are total fetishists for statistics and chances of Fluzao going down were 98/99% according to the specialists. Fighting they are, but nine games later the story only slightly improved with 27 points stil 5 points behind safety and the program does not look promising, with many title candidates still to come. And then something happens noone believed. Fluminenese starts winning, no matter the status of the opponent. The next six matches are won and before the last round a 4-0 victory over Vitoria brings Fluminense for the first time in months in the safety zone. The final match is away against Coritiba fighting out between the two who goes down. A hard fought 1-1 means Fluminense stays at the highest level and 2010 would offer new chances.

In 2010 the team looks good and is build around Argentinian creater Deco and goalscorer Fred. After a false start with two losses in the first three matches the line of 2009 is recovered and after 10 matches Fluminense is single lider da tabela. Until the end the battle would be with Corinthians. Closing teh season with some help of other Paulistias who hate Corinthians the title is won fo rthe first time in 26 years. Deco, a name fairly unknow in Europe would become one of the best earning players in the world while moving to China and Fred stayed until today at Fluminense, becoming topscorer every now and then. 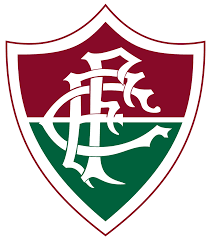 Pretty similar to the Leicester City story, I do agree with Gary Linkere that that story is even more special. The sponsor income gap between Fluminense and other top teams in Brasil is not that huge and recent history still showed some glories at the time. In 2007 Flu won the Brazilian cup and a year later they reached the finals of the Libertadores cup. This one was lost due to particlular ruling in South American football. During the whole tournament away goals count double in case of similar results, apart from the final !?!. So after loosing 4-2 at 5000 meters above sea level in Equador and winning home in Maracana with 3-1 the match went to penalties and this meant all was lost. Still a Libertadores finalist almost going down a year later is also unbelievable. but that has to do with putting in B-teams in the competition when international games far away wait mid week. Now Sunday the football world watches Leicester again and if they manage to win in Manchetser the football world just became a slightly better place.
Posted by erikprogtricolor at 12:26

Email ThisBlogThis!Share to TwitterShare to FacebookShare to Pinterest
Labels: tricolor