I do not recall many years where we arrived mid April with already so many good shows seen and great albums released. Herewith some short pointers to worthwhile purchases. As usual starting light ending dark and heavy. 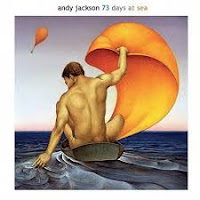 Andy Jackson - 73 Days at Sea
Andy is most known for his work as engineer with Pink Floyd. This is his second solo album and guess what: perfectly  blending the later PF albums with the solo works of Waters and Gilmour. Anyone with a mild interest to the calm side of these names, should give this album a try. I did not enter lyrics of concept yet, just finding this a very pleasant album for waking up slowly. Highlight is the epic Drownings with some help from Ann Marie Helder on vocals and David Jackson (relative?) on saxophone. Atmospheric prog rock for the quiet hours. 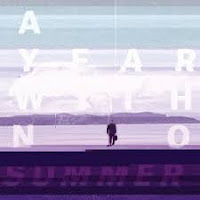 Obsidian Kingdom  - A Year with no Summer
This one's a grower as at first I was somewhat underwhelmed. After their thundering show at Progpower 2015 I was expecting lots and it just needed more listenings before I got the album. A bit more dark and moody than their heavy live show this now is becoming more and more a favorite of mine. Only problem with these really progressive bands who stubbornly do whatever they want, is that sometimes you miss the point. In my case unnecessary hidden track and mirrored lyrics in booklet. But maybe I know nothing, as they are from Barcelona. 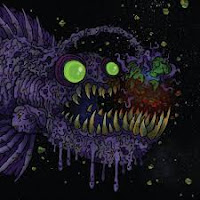 Fututre Corpse - Another World to Consume
My last discovery through ProgMetalZone (why did that site stop updating?). This trio from Melbourne Australia mix heavy matters and come with a pretty interesting output. On the vocals thnk screams with to me lots of At the Drive-In passing by. Put them over a base of tech metal with some quiet bits, but many tempo changes. Out comes Another World to Consume. During the six songs from almost four to fifteen and a half minutes a lot information comes your way. I took great pleasure in processing this all and now have a new favorite that shall probably not become a household name anytime soon. Two minor regrets: the band did not include the lyrics with the CD, which helps non native speakers enjoying difficult music and me not ordering the T-shirt with the album as the artwork is a final bonus to complete the package.
Posted by erikprogtricolor at 10:15