With Josy now working in Portugal and the Tiago growing older, chances of a not so far future in Portugal increase by the week. Especially now that Brazil is nearing a division in two camps followed by total chaos, the Lusa country might well hold our future. So what does a good rocker do in such case? Prepare yourself and start digging into the Portuguese metal/prog scene. So herewith my first discoveries with a golden oldie from some years ago. 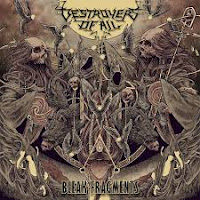 Destroyers of all - Bleak Fragments
As Josy lives in the beautiful town of Portalegre my search started while being there. Since 2014 there is an annual festival in Portalegre Core covering Rock metal and punk. First year headliners were DoA, so I stumbled on a clip of their forthcoming album Hate Through Violence. Liking this I searched for more on them and soon the album was ordered. In the meantime they received two very positive reviews on Dutch sites Ragherrie and Zware Metalen as well, so their distribution works well. For directions think Thrashy metal with screaming vocals and an occassional break musically as well as vocally. They return to Portalegre in June, but I won't be around. Portalegre Core has not yet announced dates nor bands, but hoping on a match in July. Good band on the heavier end. 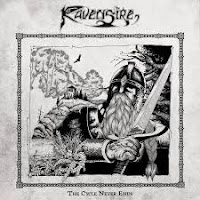 Ravensire - The Cycle Never Ends
Hear them galloping away on opening track Cromlech Revelations and we know we are in for an Epic Metal treat. This band follows the line of eighties Epic Metal as set by Manowar, Virgin Steele, Exxplorer. Their main standout point is that vocalist/bass player Rick does not follow the high pitched screams, but stays on lower and rawer regions. This works very well with the music. In White Pillars they have an impressive trilogy on an excavation site near Sintra (as Rick is Archeologist) Last time I went to Portugal in February I mailed the band asking for tips on good CD stores. Guitarist Nuno offered to meet in Lisbon and pass me a CD. As I am not owning my agenda while in Portugal I could not set up same and ordered the album through bandcamp. Still I hope to see them live soon, as I am sure that this music goes down exteremely well with some pints of Sagres or Super Bock. 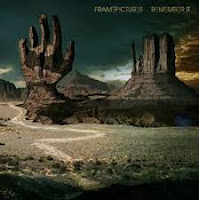 Framepictures - Remember It
This one is from 2010 and much apreciated by me at the time. Being overly critizied for cloning Dream Theater I remember it (!) being a great progmetal album. Seven songs ranging from 5:35 to 25:58 minutes, lots of instrumental mastery and a vocalist that causes discussions, yes I can see the DT references. Well I liked their songs, accepted the somewhat nasal voice and thought they actually had it in them to become one of the big European Progmetal bands. Well I was wrong, as an internet search nowadays makes me believe they died a silent dead. Well to me the memories did not fade away and I fail to understand why nobody cared (another two puns, but you should know the songtitles)  Sometimes bands fade out and disappear, but I still occassionally go back to this album and like what I hear.
Posted by erikprogtricolor at 11:09