Digging further into Josy's current homecountry I ran into two new interesting bands to me. For trio completion I added one album from my collection. 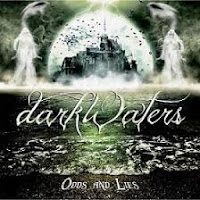 DarkWaters - Odds and Lies
DarkWaters play Heavy Metal with some melodic and progressive edges to it. Catchy songs around strong melodies make them stick in your head. The vocalist seems to be coming from Idols and has a quite typical sound. At times both music and voice remind me of Black Symphony and Hittman, two bands that also should have been much bigger than they grew out to be. Finding information on this band at internet requires some patience as more bands have the same or a very similar name. They seem to play the occassional gig in portugal, so maybe I can attend one some day. For me DarkWaters is a proving that all over the world unknown bands make very good albums, but lack the exposure to go anywhere really. 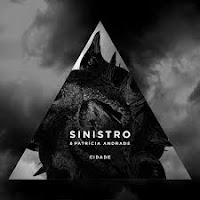 Sinistro - Cidade
Sinistro play Holland today at the sold out Roadburn festival and I won't be there. A review in Aardschok of their last album Semente introduced me to Sinistro. Some research on internet brought me to this EP, where vocalist Patricia Andrade was still mentioned as guest on the cover. This is their ode to home-town Lisbon and what a beautiful piece of music it is. From the poetic lyrics in Portuguese to the melancholic quiet instrumental parts all the way to heavy riffs this EP is a journey you go on. Absolutely stunning piece of music that sounds even better with headphone on, reading along the lyrics. Coincidentally (or not) Progpower friend Andrew from Ave Noctum tipped me after I received this EP on an recent album he liked a lot. Sinistro - Semente it was, so that one is already on it's way to me.That makes it two major discoveries for me in the female fronted area after Oceans of Slumber releasing Winter, who would have though that. 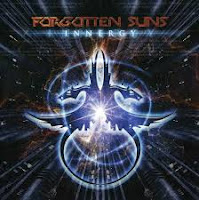 Forgotten Suns - Innergy
This album was released in 2009. I had their debut Fiction Edge 1 (Ascent) already, but this third release is better to me. They moved from mainly instrumental progressive rock, to a melodic progmetal band. The songs on this CD come more alive and the album hits you much harder in the face. Yes again a band was found guilty of Dream Theater Copycat, but I believe they had something of their own to them. Searching for them now I see they are still active and released a new album last year. Something to keep an open eye for and picking up if they play Portalegre when I am around.
Posted by erikprogtricolor at 14:41