Some new CD tips. Five different music styles, all blending some progressive aspects in. This time not following the scale of heaviness, but ending with two albums that might very well end high on my end of year favorites list. 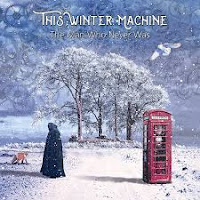 This Winter Machine - The Man Who Never Was
The fact that there is some prog in a Neo-Prog album seems obvious, so that comment was for the other four albums really. This Winter Machine makes for me very British Progressive rock. Four long songs and one shorter instrumental describe English landscapes and overall feel, like many others did before them (references: Credo, Comedy of Errors, Primitive Instinct, The Gift, Cosmograf) The performance is top class and keeping the showing off under control, this is just my favorite prog rock style. Great album for the calm and quiet moments. Recommended blind purchase for fans of any of the above mentioned bands. 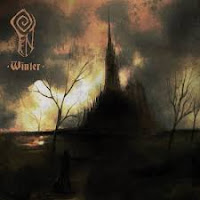 Fen - Winter
Going to another extreme, the new album of Fen. I am just going to quote Andrew here who described them as follows: Fen's dark metal of sweeping devastation represents the flat, windy, lonely and horizonless fenlands which surround us here. As he is from the region and likes his Black Metal he should know. Six parts crossing 75 minutes and still keeping a constant interesting flow of long instrumental parts ending in grim eruptions make this a special album. Maybe an autumn/winter release would fit better than today's blueskied spring late afternoon, Blackish. Folkish, Epic I should check out their earlier stuff. 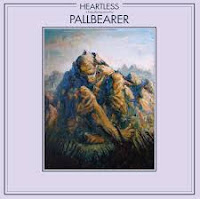 Pallbearer - Heartless
Doom metal is never in a hurry, so yet another album with an average song duration of close to nine minutes. In interviews in both Aardschok and Loud! they speak about their Progressive Rock roots. Still not even close to bands like This Winter Machine I can hear what they mean. Actually this is a very accessible album, with  clear vocals and some scandinavan resemblance. They are touring Europe now supporting this album. Unfortunately their Dutch gig is at Roadburn festival, a festival I always manage to miss. This is a doom album, but has to me various uplifting spirits over it. Maybe that is the prog I am hearing. 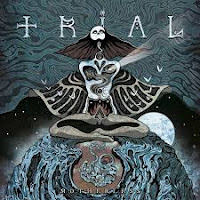 Trial - Motherless
Trial representing the Heavy Metal here. Well they have a typical signature sound to it, Everything we know and love in Heavy Metal is there: fast guitars, great solo's, a high pitched voice at times. But then there is so much more, as in general the tempo is not that fast. There is something dark, occult and doomish  over the songs. The progressiveness for me lies in the fact that I am in the slow parts often reminded of  Psychotic Waltz. This band has an own direction and we have here a logical follow up to 2015's Vessel. That album ended number one on my 2015 list, let's see how far this one shall go over time and many more listens. Now they are at Metal Blade I count on the label to send them on the road enabling me to finally see them live. Good artwork as well, but I found a complaint to close off. Even with reading glasses on it is a tough job following the lyrics in the booklet. Still this album confirms Trial's status as one of my favorite bands. 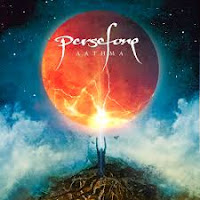 Persefone - Aathma
I joined the pledge campaign for this one as I loved their previous album Spiritual Migration. After several spinnings of this CD I dare risk stating it is even better. Persefone play Melodic Death Metal and this album should transport them to the Champions League of the genre. They have long Epic songs with heaviness breaks, shorter instrumentals, a good mix of extreme and clean vocals and a guest. This guest is none other than Paul Masvidal (Cynic). He speaks on the opening song and  sings/solo's on Living Waves. They made a videoclip of that song. I suggest looking it up to get an idea how good this album is. Lyrically they still remain into spiritism, but even so I guess them too heavy to get Josie joining me to see them playing live with Poem next week. I was hoping for much with Aathma, got a bit more and yes they are from Andorra.
Posted by erikprogtricolor at 18:35