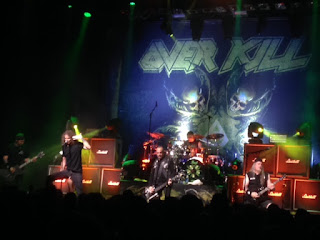 15 March was one of those days that I had the choice of some five shows to attend (Musicon, Patronaat, Duycker and especially Boerderij looked interesting as well). I opted for Killfest, also because I would love to see Meshiaak play live. Unfortunately they had to pull out of a European tour again. I was not the only one slightly gutted by that, but the remaining package still made Effenaar the best option. We decided to stay the night in Eindhoven, so included hotel and after party at the Jack. Leaving The Hague I was fighting through the crowds and thought Killfest would be packed. Turned out to be hundreds of teachers returning home after their national protest. 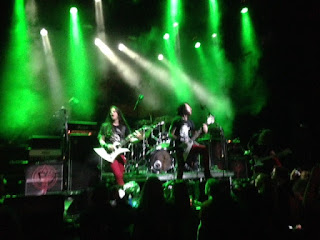 With Meshiaak out of the tour opening band was now Chronosphere from Greece. Most remarkable about this band is the fact that they all wear red trousers. That is not a lot you would say, but their music sounded to me rather straight forward. Well played, but nothing that got me really into them. Warming up we were as well and the hall was slowly filling up. 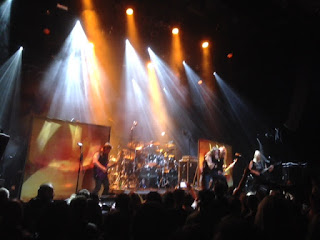 Many people might have not been in a rush to see the opener, but second band Flotsam & Jetsam was to many including us the silent headliner of the evening. with four bands on the evening they only got some 40 minutes in which they passed both old and new. It is always good to hear classics like Hammerhead or No Place For Disgrace. Suffer the Masses is a song that made a welcome return in their set the last years. I said before that Iron Maiden from their previous self titled album would be the perfect guideline song for the real maiden to follow. Short, fast and with all the typical Maiden elements in it it probably is the best Maiden song of this century, that Iron Maiden never wrote. New album The End of Chaos was also represented in the set which unfortunately ended so fast. 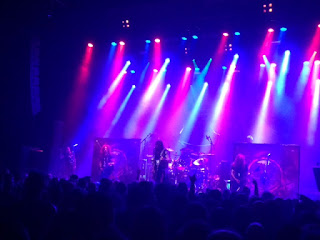 Next band on the still small stage would be Destruction from Germany. They are a band of the so called Teutonic Big Four of Thrash metal. In my view Flots is more popular in Holland, but as I stood in another area of the hall I could not really compare reactions. Still it seemed that Destruction were rather popular as well and the stagedivers and crowdsurfers appeared in fairly large numbers. It was good to see how cool the band was with that. On the set I cannot really comment much as I do not have any of their albums. I saw them before on stage and again it sounded OK, but not in such a way that I would rush getting CD's by them 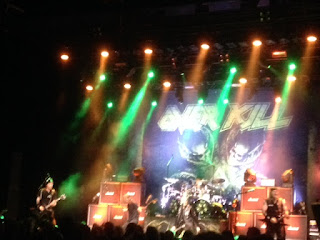 Overkill were the headliner (so Killfest!)  and they brought their thrash pretty similar as I saw them two times over the last 1.5 year. Their songs do the talking and Bobby speaks Brabants (or Dutch) inbetween at times. With their huge list of releases they have plenty to choose from and we would zig zag through the years. Flikker op, or in English Fuck You closed the evening as usual in style and they showed being a huge band indeed. In order for us to close the evening in style we got a few IPA's in the Jack, were evening favorites Flotsam & Jetsam even walked in. A heavy evening in many senses it was.