Now that my gig year kicked of well and I am going for a Lisbon break this weekend herewith some CD tips to share. 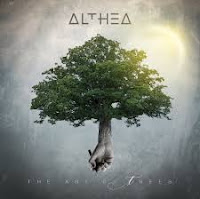 Althea - The Art Of Trees
I am always looking for new music and bands to discover. Sometimes music finds me, which was the case with Althea. Checking them out I got so much into it, that I bought the CD. Althea play in a style you can call either heavy progressive rock, or progmetal at the lighter end. Although light, there is some darkness over several songs. Their heaviness (or lack of same if you are from the half empty glass team) reminds me a bit of their countrymen from Kingcrow or Polish band After. The start put me on the wrong foot, as a progressive band opening with a song divided in 5 parts makes you expect an epic of at least 12 minutes. Well I clocked around four. The music is good and highlight to me is the song Not Me, whose opening half could stand proudly on any Porcupine Tree album. Nice band, thanks for finding me. 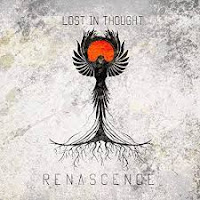 Lost in Thought - Renascence
At the begin of this decade a Progmetal festival was organized near Wales whose name I forgot. We had tickets, flights and hotel sorted when the whole lot got cancelled by lack of sold tickets. The best souvenir I got from that experience was that I discovered Welsh band Lost in Thought and their debut album Opus Arise. Years later out of the blue comes the pledge campaign for their second album. So I joined and this year some months after release I did get the new album. With a new vocalist their style did not change much and again we have an accessible progmetal album. They obviously heard their fair share of Dream Theater, but I also get reminded of bands like Circus Maximus at times. Nothing spectacular or very original here, but played all so well that a slot at PPE seems deserved. 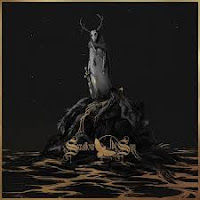 Swallow the Sun - When a Shadow is Forced into the Light
I am a late entry fan for Swallow the Sun when I discovered New Moon in 2009. At the time their heaviness in death doom was dominant. Their next album in 2015 was a triple release with three leading styles as their calmer side was also explored next to some Funeral Doom. Beautiful it was and how to follow that one up? They decided to keep all styles, but now put most efforts in the dark and calmer side of their songs. They do not yet go as far as Anathema on their last albums and turn into a pure atmospheric rock band. Still I do hear that this album can attract fans in progressive circles who normally are afraid of anything grunting at them. My favorite song is Stone Wings, which blends all of their strong points into one beautiful song: a catchy chorus, but also building up to a heavy epic verse sung harsh and clean. This spring they tour Europe with the mighty Oceans of Slumber. Yet somehow they decided to skip Holland. Lisbon is on the list, but too close to Tiago's final exams to stay away for a week. Something to think and plan about for the coming months. 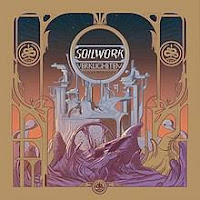 Soilwork - Verkligheten
I do know Soilwork for years and even saw them live before. Yet somehow I never was tempted to get their CD's. Then last year I discovered the Night Flight Orchestra and got hooked. Now Björn Strid is vocalist in both bands, so I checked out the new Soilwork album with more of an interest. Well that was some discovery as Soilwork blend their Melodic Death Metal with the style of TNFO. So they are not afraid at times to go almost eighties poprock still blended with their extreme metal. While the opening title track reminded me of a Faith No More instrumental they kick off mainly heavy. Yet songs like Stalfagel could also work on an album of that other band. So it is the mix that makes this a highly enjoyable album. Remaining a melodic death metal combo the emphasis on melody makes this an album that could please many. I admit being far too late in discovering them. Digging now in their past I can only recommend those in the unknown to do the same.
Posted by erikprogtricolor at 16:38