Time for some CD tips with three bands playing just slightly outside the genre they are defined by. 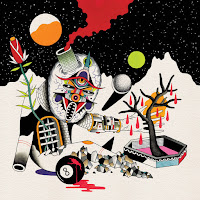 Future Corpse - Culture Ruins Everything Around Me
Future Corpse play Heavy Prog according to their own sites. Well if you then expect something in the vein of Rush or Porcupine Tree you might be disappointed. Yet I see what they mean although they come from a whole different Australian angle. Heavy they definitely are and prog can be justified as well. Now CREAM is not the first album I bought from them and Another World To Consume from 2015 ended very high on my end of year list. At the time I tried to describe them as At the Drive In playing progmetal. Well luckily they did not change their style that much. We still get a punky attitude with screamed vocals at times almost going towards football chants. One constant through the album is the guitar being in a hurry and the rest of the band trying to catch up. So this leaves very little to get a picture, but again Future Corpse managed to blow me away. Yes, you need to hear the album at least 10 times before judging, but now that I got there it's beauty keeps on unrolling before my ears. Highlights to me Ideophobic and the closing title track, where even a trumpet and saxophone blow us through the almost twelve minutes. Only point for improvement would be their sizing of T-shirts. Why stop at Large with such interesting designs. Another 2018 highlight indeed. 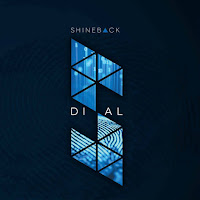 Shineback - Dial
This album is the latest release by Simon Godfrey. Now he is together with Dec Burke, Lee Abraham and John Mitchell among those Brits that keep prog rock interesting to me. His previous band Tinyfish stood out  by playing prog without keyboards, which was refreshing indeed. Now this is Shineback's second album after 2013's Rise Up Forgotten, Return Destroyed. With this almost solo project Simon let the electronic side enter his music. Now I consider myself open-minded but too much electronics in your music is just a very bad thing. So it's good that there is no abundance here. Actually when it tends to get an overtone in Let Her Sleep, it is that heavy that you think you are listening to NIN. But the best is hidden in these pretty British songs Consider Her Ways and Kill Devil Hills, both not coincidentally spiced up with guest guitar solo's from friends. So I did grow out of Prog rock a bit over he last years, with their representation in live shows and CD purchases diminishing. Albums with any of the names mentioned above though never disappoint and keep me hooked. Recommended. 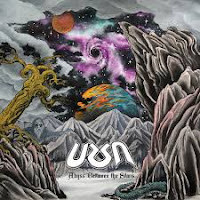 Ursa - Abyss Between the Stars
Last year I discovered Cormorant through Diaspora, made that album my pick of the year and bought the full back catalog. So I am kind of a late fan on their respect. Following them I read about this band Ursa containing three band members of Cormorant and playing doom metal. As soon as one song got posted online I knew I was going to get this. Ursa play doom in slow and heavy fashion. I'd say a bit slower than the heavy metal doom from Scandinavia (read my Sorcerer Dynamo review) and a bit faster than your funeral doom. Vocals also stay in between these two styles and instrumentally nothing can go wrong giving their origin. Over 46 minutes we get 6 songs with titles mentioning words as Wizard, Dragon, Yeti, Witches, King and Mountain. So we get some slowly told fantasy stories in Heavy style. Maybe closer the Mountain stands out as different a bit as it is a Steve Earle cover and has an Irish (Lizzy) flavour over it. So to me Cormorant can stay their day-job, but if they find an occasional tour over autumn to bring some doom to Europe this would be very welcome. Best starter to get into them: Cave of the Spider King.