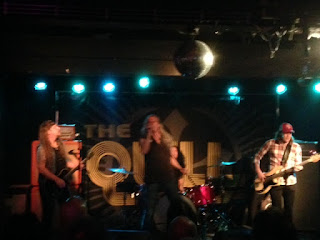 The Quill came back to Musicon. On their small three show tour the only gig in Holland was in Musicon. This is not a surprise as some 5-6 years ago they temporarely turned into some kind of Musicon House band doing two shows inside and one outside during Kaderock within 18 months or so. This resulted in most people having seen them before. I arrived early and was even afraid we would face another evening of far too empty venue for a great band. Well that corrected later into a good audience and very nice atmosphere. We showed up ourselves with a decent group, so eight beers please and ready to roll. 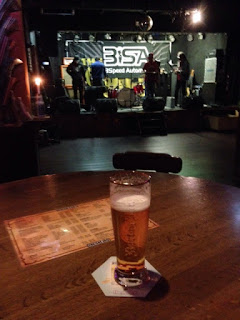 Support this evening came from power trio 3Speed Automatic. They play some old school rock music, with many times a main roll for the guitarist. Ron heard old Fleetwood Mac, Robert old Floyd and I just heard rock. Nice band on stage though and they did get reactions from the floor. Not necessarily a band I would listen to at home, but on stage nothing wrong with them apart from some inside jokes only they got. 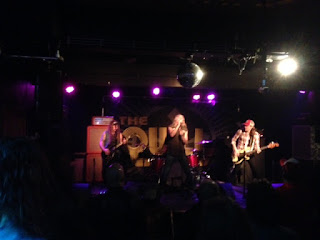 But we came to see the Quill now with Magnus Ekwall back on vocals. It did not take long for them to remember us how good they sound on stage. So we got very fast into the show and basically were released only after they finished  Stone Believer with some nice shouting along. Given the Musicon setup they stayed on stage and gave us as an encore American Powder. Hans was convinced they would still play his favorite Voodoo Caravan, but they did not. Still no disappointed faces as we all got to see again why we liked them returning frequently to Musicon at the begin of this decade. I cannot recommend anyone to go out and see them, as they are playing only one more gig in Germany today and go home thereafter. What we did hope for is their return to Musicon or Kaderock anytime soon. Won't be surprised if that happens. 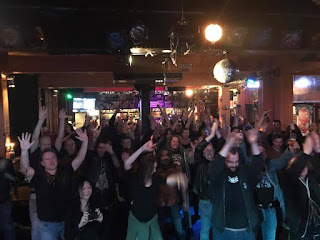