Some CD tips from the last weeks: 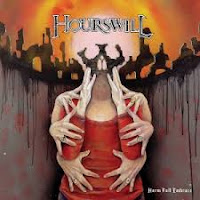 Hourswill - Harm Full Embrace
Andrew tipped me on this band as they reminded him strongly of Mercenary at 11 Dreams times. Listening over bandcamp I liked what I heard so chasing after the CD it was. Now they are Portuguese and I was in Lisbon the next weekend, so I could actually buy the album in a CD shop which was nice for a change. Back to the music I can hear where the 11 Dreams comparisons are coming from. At the same time there is a healthy dose of Nevermore in the music. Both slightly less aggressive though. Eight songs with enough variation between them makes this a band I will follow and hopefully catch one day in Portugal. Check them out. 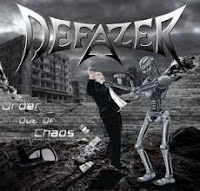 Defazer - Order Out Of Chaos
Defazer are world famous in The Hague. They played many shows in the region over the past years and this EP was what many were waiting for. The release party was in what I heard a packed HPC. But as this was during Progpower weekend I could not attend. Now Vocalist/ Guitarist William Carolina is one of the most loyal supporters of the local scene, so I did run into him the next weekend and got my copy. Musically we are going back to the eighties. References can be heard here and there, as it is hard to renew thrash metal. The four songs themselves all have an own signature and are very well played. Hopefully this EP shall expand the fame of Defazer as next to Distillator and Overruled they are yet another great Dutch Thrash Metal band now also available on record. 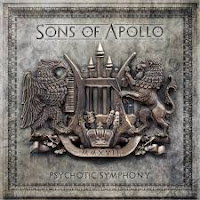 Sons of Apollo - Psychotic Symphony
It is November so Mike Portnoy formed another so called super group. Sons of Apollo hold next to Mr Portnoy: Derek Sherinian, Ron Bumblefoot Thal, Billy Sheehan and Jeff Scott Soto. All names who do not need any further introduction. The result for me is a good album, but nothing extremely shocking really. The songs I liked most are the more straight forward metal songs. Here it is that my hero of the album is clearly Jeff Scott Soto. He reminds at times of his Yngwie Malmsteen days. The album seems rather basic, but repeat listens disclose new things to me. They are already confirmed for Be Prog, so I guess they tour Europe in the summer, should be good live. 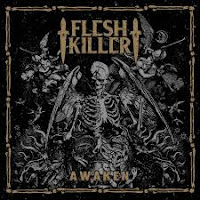 Fleshkiller - Awaken
Saving the best for last, Fleshkiller releases with this album another candidate for album of the year to me. Fleshkiller's music is written by Ole Bórud, known from Extol fame. Actually the difference between Extol's last album and Awaken is basically non-existant. Fleshkiller play Technical Death Metal mixed with some groovy melodic chorusses which remind strongly of Galactic Cowboys. I love this mix, but understand that for death metal purists the melodic parts can be disturbing and melodic metal lovers might consider them too heavy.Well that is not my problem and anyone who might be interested now, I  recommend to listen to the first two minutes of opener Parallel Kingdom. It is all there, a strong riff, good guitars, a melodic choir chorus, breaks and a death metal couplet. For me this mix works perfectly and the whole album is a treat. So they sing about their Lord, well fine to me. The best news is that tomorrow they play at Brainstorm and I shall be heading to Apeldoorn to witness this live on stage. A beautiful album indeed.