Out of the many good albums from 2016 herewith a trio covering borders of my musical taste. 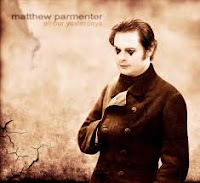 Matthew Parmenter - All Our Yesterdays
Looking at the cover one might think I am diving deeper in Black Metal territories here. Nothing could be more wrong as Matthew is responsible for vocals and keys with American progrock band Discipline. On this solo album we get very calm songs build around mainly piano with some guitar, drums or violin addings. This might sound rather dull, but it definitely is not. The voice of Matthew strongly reminds you of Peter Hamill (VDGG) this means haunting yawning proclamations somewhere between speaking and singing. The guiding music is dark and threatening. So resuming this is calm music, but at the same time able to scare the shit out of you. Topped of with melancholical and emotional lyrics this CD is a piece of art. Art level is also confirmed by the words of the title track being written by a certain William Shakespear. Different, yet highly recommendable. 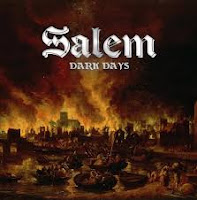 Salem - Dark Days
Salem is the living proof that bands who were not that big during the NWOBHM years nowadays can rise up and release some very relevant albums. Previous one Forgotten Dreams was already a big surprise and I think they even manage to top that one with new CD Dark Days. Salem play the melodic version of NWOBHM with multiple choruses and strong melodies. Sometimes the vocals still remind me of Biff from Saxon, but less so than before. The songs are all easy to pick up and going down well at first hearing. Mostly mid tempo with some ballad parts this is a band I am already looking forward to see at Heavy Metal Maniacs later this year. I also believe that the song Nine Months makes them a Mearfest candidate. Finally the album cover artwork makes us nostalgic for LP's  with the beautiful painting. 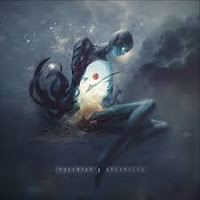 Fallujah - Dreamless
Their previous album stirred already high waves, but I found out later and never got it so far. New released Dreamless is my favorite Technical Death Metal album of the year. The music is heavy but always building around strong melodies filled up with fast licks not unlike the Tipton brothers. The grunt is a case by itself as even reading along with the lyrics I loose track all the time. This partially is overcome by some female guest vocals and a small contribution from Mike Semesky (Intervals, The Haarp Machine). For those hating grunts, this album still can be recommended. Title track Dreamess is one of the most beautiful pieces of music released this year. A bit in the vein of later Cynic, they even got Dutchman Tymon Kruidenier to add some solowork. Curious how this band gets through all these difficult instrumental bits on a live setting, keeping an open eye on their tour schedule which until now seems to ignore Holland this summer.
Posted by erikprogtricolor at 12:07