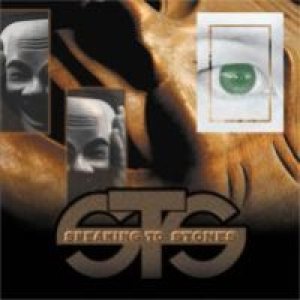 PM Rising, a forum recommended more than once to me. By checking it out I quickly found out what there is to like about it. You can find  bands you never heard of in the prog metal genre, or you can read about a bands you thought had long ago dismantled. Latter was the case for me with Speaking to Stones. I have their only CD from 2006 and now they seem to release a follow up Elements on 16 November. What draws extra attention to the new release is the adding of drummer Mark Zonder, known mostly for participating on several Fates Warning Classics and generally considered one of the best around.

So this news made me pick up their debut album once again and I realized it to be a perfect candidate for DMJGH (last time translated: This One You Should Have Heard) If I remember well this CD came out around the same time as Stride with Imagine. These two releases for me were in the exact same category. Progmetal, with a large influence of AOR/Melodic Hard Rock. Supported by great vocals, strong melodies and songs that are capturing the listener from begin to the very end. I would say these bands are the easiest step into progmetal territories if coming from mentioned hard rock/AOR back ground.

Speaking to Stones the self titled debut album is a very pleasant listen. After opening uptempo with Still Life and Rescue Me a ballad is thrown at us hereafter  (Waiting For..) and do we get a lot of catchy songs. In order to up the prog element we also have two songs clocking in at 9 and 10 minutes, which adds some additional instrumental craftmanship. This all without ever loosing eye on the listenability of the album. Hearing the album again vocalist Richard Fink IV (don't know much about Fink I-III) has a great voice for this music. He has left the band, so after 16 November we shall learn if that was a great loss or not. Main man in STS is Tony Vince who wrote almost all of the music and lyrics. He is also responsible for all the guitars and many of the keyboards on the album. With him still in the band this gives confidence for the next album, since his songwriting is just great.

While reading the above back, I have to correct in case I gave the impression that this CD is on the soft side which is not the case (apart from closing ballad Nothing). I would compare them as a better version of similar melodic progmetal acts from Scandinavia like Seventh Wonder and Circus Maximus. At their best, during the epics My Final Sin and Shallow, even a band like Redemption is not far away. That should say enough I guess.