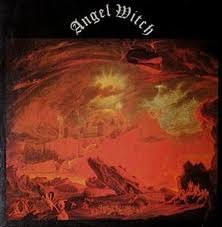 NWOBHM, probably the most important musical influence in my life and surely so for Heavy Metal in General. Admitting that most of my long time favorites came just before (UFO, Thin Lizzy), aside (MSG) or after (Dio, Queensryche, Marilllion) this Wave, without any doubt the stream of new bands that I liked was never as big as during the highdays of the NWOBHM. The biggest names I obviously liked and still do (Iron Maiden, Saxon, Def Leppard (yes them too)) but the number of smaller bands we discovered was huge. While playing cards with Hans and Magchiel in the early eighties I remember us listening to the likes of Tygers of Pan Tang, Gaskin, Tokyo Blade, Savage, More and so many moore. Special attention needs to be given to Stampede (Hurricane Town top 5 all time material to me!) since they are often mentioned as NWOBHM band, but I do not fully agree. And then there is Diamond Head as we later learned main influence to Metallica, but for me one of the first bands I ever saw playing live and even their pop album I still can appreciate a lot.

Apart from great albums, we also have the legacy of some Classic songs. This is where Angel Witch comes clearly into the picture. The title song of their debut album as well as the band is an Highpoint of the Wave. I do not think there are many Metal fans from the early eighties who have not stood up airguitared the opening riff and shouted along with the lines, You're an Angel Witch! You're an Angel Witch! Some bands are defined by one album, some by one song and ususally this is not fair to their other other albums or songs. Now I ran into the 30th anniversary version of the classic debut for a ridiculous 7 Euros only I had to get this CD. And what value for little money it is. 30 years and 30 songs. I do not remember much of the whole album and do not even know if either Hans or Magchiel owned the LP. Again this was 1980, we were still at school and budgets were tight, so we listened to many LP's from the library and put them on cassete. Hearing the full album now I discovered many great songs. NWOBHM albums have a tendency to sound somewhat dated, but many modern bands forget the in my ears obligatory guitar solo in their songs.

Two additions that make this CD very worthwhile to me are further included. 4 Songs from Tommy Vance's Friday Rock Show. The chance I've heard these live at the time is pretty big. With radio stations being ignorant on Heavy Metal in general, this show was one of the weekly highlights and in the evening we could receive Radio 1 decent enough to tune in and hear about new bands.
Further there are very nice and informative liner notes by John Tucker. With the reference to his books in the end it took me less than 5 minutes to order his book "Suzie smiled... The New Wave Of British Heavy Metal" Can't wait for the read down memory lane. Thank Lucifer (read the liner notes!) I lived during the best musical period in history.