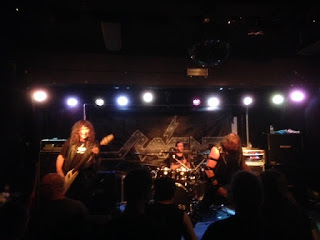 Raven stands for a speed metal party, so who doesn't want that. We did and Friday night Musicon was the place. As support they had two thrash metal bands, which only makes sense as Raven is one of the  founding fathers of the genre. The start of the month is packed with good shows, so I feared an empty house, but it was not that bad in the end. Enough people willing to go back in time apparently. 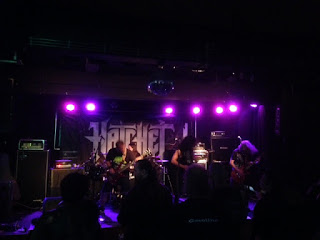 Openers of the day were local thrashers Defazer. They started half an hour before the usual 21:00 kick off, so only half the audience was in. I did warn friends on the app group, but the late arrivers missed out. Defazer seem to get tighter by the month and the new drummer proved to have blended in fine, One of The Hague's finest and for those unable to see them playing live check out their EP Order out of Chaos. 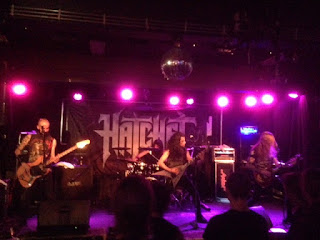 The touring support came all the way from the USA: Hatchet. I did not know them in advance, but they impressed many with their strong set. They had to get used to the fact that Musicon is not the most moshing place in the country, but were appreciated in traditional style by risen glasses and horns. Near the end of the show one guitarists went for a walk in the park, or venue, which only put more focus on how strong instrumentally this band is.  I got their album Dying to Exist after the set and it sounds good as well. Nice band. 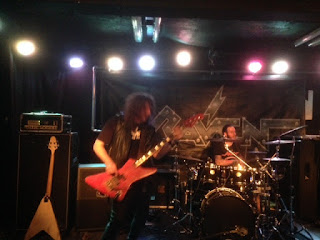 And when Raven came on we got Raven. Touring pretty often through Holland over the past years, we get enough chances to see them play. Fact is that Raven is always good for an energetic party. From Take Control unto Crash Bang Wallop the set is filled with classic NWOBHM songs and introduced in humorous style by Mr. Gallagher. We even got a new song in Top Of The Mountain, which sounded as if we are going to get the new album upon release. Talking about frequent tours, they will be back next month. Than as a support to Saxon, where unfortunately Y&T had to drop out the tour. I probably go see them again as we should do All For One with our Mind Over Metal on a Hell Patrol. 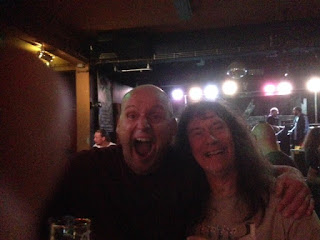