Some great new CD's and actually some slightly older ones as well. 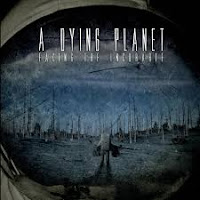 A Dying Planet - Facing the Incurable
It was a sad day for technical metal when we learned that Troy Tipton would no longer be able to play the bass. Together with his brother Jasun he gave us great music through the bands Zero Hour, Cynthesis, Death Machine and Abnormal Thought Patterns. The bigger and better the surprise to me, when I read about this new band. Troy now moved to vocals and he does so well. At the same time some help from friends was asked to give us a diverse album. The opening two songs are the epics and Resist with former Sun Caged vocalist Paul Villareal is a highlight. ZH and C vocalist Erik Rosveld also joins in on one song and that is my favorite: Poisoning the Well. The album as a whole reminds me most of the two Cynthesis albums, where the frantic guitar parts by Jasun always are easy to recognize as being his. If there is one comment from my side, it might be that one calmer song could have been replaced by a fast rocker for a better balance. Yet as a total this is again one great progmetal album at the standard we came to know by the twins. I'd say PPEU 2019 book them. 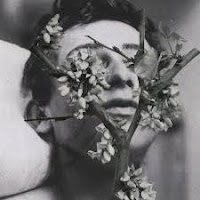 Manes - Slow Motion Death Sequence
Manes is a band in you can not pinpoint. So like 9 out of 10 bands you can hardly describe they are from Norway. For me this is the first album I bought and I don't even know their Black Metal early days. I was tipped by Andrew's rave review and the fact that some Atrox members are part of this band. Well trying to say something there is trip-hop ad build up to heavier parts, always staying far from full out metal. For me the album as a whole works perfectly, while at the same time I never shall be able to mention individual stand-out songs.  If I have to search for references maybe early Antimatter sounded a bit the same. When you are in for something calm and different this album might do wonders for you. 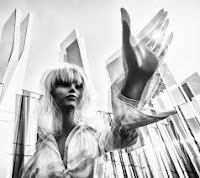 Dead Season - Prophecies
Nowadays there is far too much music released in order to follow all by yourself. One of my sources for discovering bands is still Aardschok. When they also miss a classic and review it a year late I also end up very late. Yet when they name drop Nevermore and Opeth Still Life (their best) I get interested. Hearing it first through bandcamp this indeed is an instant Classic which would have ended very high on my 2017 year list if only I knew them last year. What a powerful album and yes Blood Links Alienation sounds like a new Nevermore song indeed. Due to the mix of strong clean and some extreme vocals also Scar Symmetry or Mercenary at 11 Dreams times pop up for me. This album really has it all. Great songs, strong lyrics and what a power. Need to go back in time for discovering their previous albums. 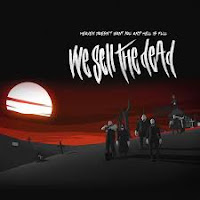 We Sell The Dead - Heaven Doesn't Want You and Hell is Full
Another album that is not very recent. I got this CD early in the year and thought it OK. Over the past months however, it grew on me and now it reached an upgrade from OK to very good indeed for me. The members come from bands I don't really follow like In Flames or Him. Vocals however come from Apollo from Greece and known from Spiritual Beggars or Firewind. Well he is one strong point of the band, whose music to me comes closest to Black Sabbath second half of the eighties. The album tells a story and I read about Jack the Ripper playing Heavy Metal. Well that is all just fine to me, but the artwork is interesting this time. Most of the songs have a clip released in black and white and red.So if you want to start listening to them, YouTube is a good point of entry. Give it time and maybe it grows on you like it did to me. 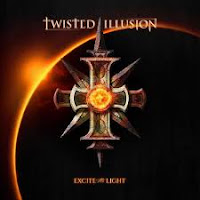 Twisted Illusion - Excite the Light part 1
Twisted Illusion are this band that just won't make it to any dutch fanzine or internet site. Yet somewhere in Northwest England they are slowly building a fan base by playing a lot and releasing even more music. This album is part 1 of a trilogy, being released one year after last year's double album Insight to the Mind of a Million Faces. Well maybe staying under the radar here, their pledge campaign again meant they reached target within one day and ended over 200% of target. We Illusionists are a loyal bunch apparently and the Thank you letter was humorous and insulting as we got used to. "You are wonderful. Even if you are a shit and a bit of a prick, you have good taste in music at least". So what is the music all about? Kind of hard to describe again. Classic Rock mentioned Rush, Queen and Dio in a blend as reference. I see what they mean, although this is not a metal album as such. Opener Excite the Light kicks of fast and heavy, but from there we get calmer parts dominating, with catchy choruses all around. A strong version of the Mearfest anthem Molly's Smile is definitely a highlight. Lyrically Matt does not hold back in sharing his sufferings and complaints with many references to pills on medical description. Well with this release they definitely set my target for 2019 in seeing them live headlining. This year I tried 3 times and failed, so that will be corrected. And if by 2020 we are 4 new albums further down the road I will get them to play in The Hague. Check them out and pledge along for Part two this autumn.