As I am leaving for holidays tonight and won't be able to review no doubt very interesting shows of Blind Illusion, Nordfest, Fates Warning, Sanctuary, Death Angel, Warbringer just to name a few I decided on sharing some CD tips. As my range goes from soft to heavy there must be something for everyone here really. NWOBHM had to pass as Warrior is still on its way to me. Building up the decibels again. 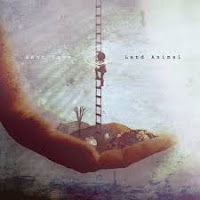 Bent Knee - Land Animals
I looked for some clips on YouTube after a raving review on Lords of Metal. That sounded very interesting. Poppy alternative, prog songs where female vocals make me think of Paatos. They go from calm and dreamy to rather urgent. Next March they play Progdreams and I am sure that might be an interesting show. Minor point the minutes of silence ending Boxes (that is soo nineties) 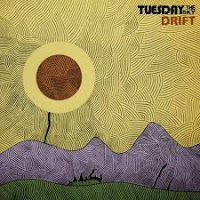 Tuesday The Sky - Drift
Any project by Jim Matheos can count on my support, just because he gave the world Fates Warning. This one is not a blind purchase for any FW fan though. Calm instrumental music which hangs somewhere between his instrumental solo albums and Chroma Key. Kevin Moore helps out a bit again plus Lloyd Hanney on drums and Anne Lynne Williams on vocals without lyrics. Perfect music for waking up slowly. One song standing out is longer Dyatlov Pass, which goes from dark calm to pure progmetal. 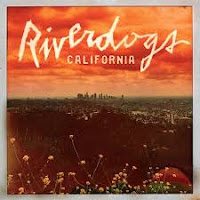 Riverdogs - California
Riverdogs with Vivian Campbell releasing a new album should make many people happy. Their debut album is a classic in Melodic Hard Rock. This time they give us the usual components for great Riverdogs music. Good songs, great playing and the warm soulful voice of Rob Lamothe. The first 5 seconds might scare some people off, but hereafter it is one trip back to Riverdogs at its peak. Now we hope for a European tour again. 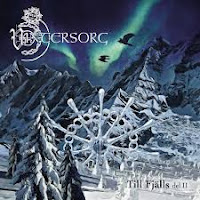 Vintersorg - Till Fjälls del II
I have no earlier music from Vintersorg, but gave this one a try because of Borknagar's brilliant Winter Thrice album. I also have Cronian from Mr V. in my collection. Now it is Vintersorg and it is one moody affai, Black Folk metal with swedish lyrics. This all brought in such a way that having no clue on the lyrics does not matter at all. Reading in reviews this album is less progressive I might have to look into a back catalogue here. 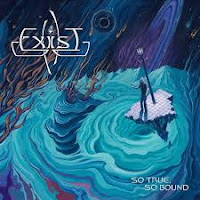 Exist - So True, So Bound
This album is my strong recommendation for the summer as it just should not stay under the radar. This is progmetal for the adventurous soul. It might be called technical death metal at some sites, but with the clean voice all over it should attract progmetal fans as well. Max Phelps on guitars and vocals is known from Cynic and Death to All. He picked up on songwriting at both bands as there are some traces (in air?) from Cynic at times. The eight tracks presented here gave me one surprising overwhelming ride through metal landscapes. Perfect band to get to PPE next year. 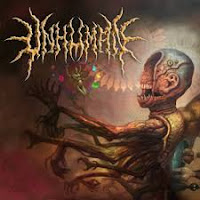 Unhuman - Unhuman
I picked this album up during the Beyond Creation show a few weeks ago. Turns out it is a 2013 release. Holding members of Beyond Creation and ex Cryptosy this is one heavy tech death blast with the usual quality guarantee from Canada. Never heard of them before and also not found too many reviews on this album. If you like the beautiful cover, the music is just as great. Would be nice to see them once perform and see if they can come close to Beyond Creation live.