After some weeks of shows towarsd the heavier end of my spectrum herewith some tips for a calm, moody or sunny summer day. So a Progrock special it is: 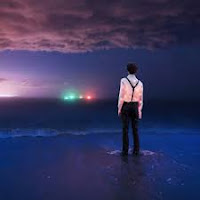 Anubis: The Second Hand
Anubis are an Australian Prog Rock band. The biggest names in Prog Rock date from the seventies. The eighties brought my favorites in the genre (Marillion and Pendragon). Anubis is possibly the best prog band starting in this century. The Second Hand is their fourth album and they manage to keep a constant high level.  This album is a concept one again telling a story about a media mogul. Well that is fine, but what counts is that the music is again creative, different and very easy recognizable as Anubis. Some lyrics and musical themes return through the album, but the highlights are the long songs. While Rome Burns comes close to ten minutes and Pages of Stone reaches almost seventeen minutes. Two years ago Anubis made a short European tour. Their stop at de Boerderij was legendary as they played in the cafe stage and did so for full two hours. During that show it became clear that first the epics are best for having the time to build up and display long guitar solo's and second (hand) they fully deserve our sympathy. I have no favorite amongst their four albums and I also do not know if they attract any new fans here. Yet we hope they come back to de Boerderij and make it to the main hall. Maybe a brilliant band for Progdreams festival. Releasing this album they had some pre-order packages that looked good. Unfortunately US and Australian mail tarrifs make it nowadays very unattractive to buy anything directly from the band. 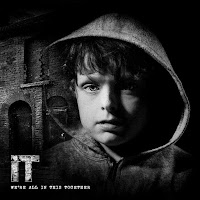 IT: We're All in this Together
IT is a band I heard of in the past, but disappeared from my radar. They once played a festival I was looking at attending (but did not). Now they release this new album and I think they have a potential breakthrough album. Peter if you are reading along, this is again one of those tips of mine that should attract both Prog Rock fans and fans of more indie/alternative rock or even hard rock in this case. The music is upbeat and rocking. Not showing off their skills it is all aout the songs. Most of them rocking and clocking around five minutes with one epic. Putting some references here they remind me of Dream The Electric Sleap for their crossover of prog rock and alternativeness and their Neo-Prog does bring the last album of Final Conflict to mind. This band should go down well on a summer festival that goes from guitar rock to metal (let's call it Schollenpop to make things easy) I guess that they are not annoying anyone and might win over many fans on such a day amongst general music lovers. This one is a huge surprise for me and definitely recommended to well music lovers. 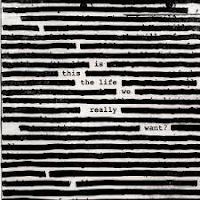 Roger Waters: Is This the Life  We Really Want?
The Reason I bought this album is more basic than one might suspect. In The Hague the best CD shops closed down and basically not even a general store with a good metal or prog department is left. So I do not go to the centre buying CD's anymore. Friday 2 July I was meeting a friend in the city for a drink and on my way back home passed the small Velvet store in Paagman. So I could buy an actual CD from an old hero in the city, an offer I could not refuse. Roger Waters is an old hero indeed, but he is still angry and disappointed in the world. This whole album is full of cynical and critical comments and the best of him are his lyrics. Singing is more telling us and the music goes by calmly in general. Result is that if playing on the background no songs stays in your head really. It basically is a repetition of his past. So you hear Radio KAOS, Amused to Death and The Final Cut passing by with new lyrics. While the above reviewed albums can be called essential for prog lovers this one is not. For completists like me it is not a bad album either, so not a risky purchase really. I believe currently he is touring the USA, criticizing Trump during his live shows. I hope he comes to Europe next year and gives Erdogan and Putin a similar treatment here. The world is mad and we are closed in by idiots dictating our neighbours. Somehow I think that blaming Trump only is his easier way out.
Posted by erikprogtricolor at 16:20