The Gift - Graham Bonnet Band - Them

With the flood of great shows coming over us this autumn I kept somewhat quiet on the CD tips recently. Here some still fairly recent albums. Following the usual increasing volume pattern. 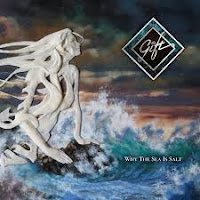 The Gift - Why the Sea is Salt
The always handy Something For The Weekend / DPRP pointed me towards The Gift. When I liked this album and learned that they come play Holland in February this was a quick purchase. This is very calm symphonic rock at a high standard. The epic All These Things even has some Christmas atmosphere over it to me. This mainly due to the pastoral mood in that song. This CD also serves multiple purposes. It works fine on a morning when you want to wake up slowly, but it also comes alive over headphones reading along to the lyrics. The fact that Steve Hackett joins on one song might result in a nice solo, but does not increase the overall level of this album, which is high enough to start with. Actually discovering this band I did the same with February tour partners The Far Meadow, bandcamped and purchased  That shall be one nice Sunday afternoon. 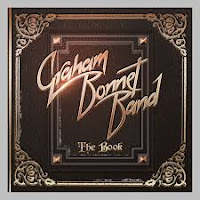 Graham Bonnet Band - The Book
Here is a total surprise to me. A few years back we saw Graham Bonnet at HRH and it all was somewhat uninspired making us move to the other stage where Fish was playing. With a good band he comes back with a vengeance. I totally love this album as it sounds most like any Alcatrazz album from the eighties. Graham Bonnet is the vocalist in rock with the most interesting CV of guitarists he played with. Ritchie Blackmore, Michael Schenker, Yngwie Malmsteen, Steve Vai and Chris Impelliterri is a list any vocalist should be jealous of. Interesting that for this album he went to the for me unknown Conrado Pesinato. On Keyboards we have Jimmy Waldo ex Alcatrazz and on drums none less then Mark Zonder (Fates Warning, Warlord). Opening song Into The Night made me very happy and in Dead Man Walking or California Air we have some others that would do nice in a set of his career overview. Actually Frontiers label decided to re-record many of his classic songs. As Mr.Bonnet stated himself, this adds nothing to the originals. Even so I quite like a collection which includes Eyes of the World, Assault Attack and God Blessed Video. Highly recommended!! 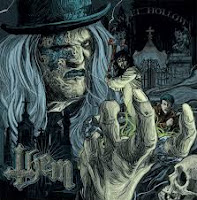 Them - Sweet Hollow
This CD is creating some diverse reactions on the internet. Being a former King Diamond coverband they are accused of being a cheap copy. Well I'd say bollocks to that. This band plays old school Heavy Metal we all loved to start with. In come the double guitars and high flying solo's. When you hear Forever Burns racing away I can not see people not getting enthusiastic. Vocals are at times high King Diamondish, but mainly plain Heavy Metal. The music is just great and for those liking favorite musicians doing something different we have Mike Lepond from Symphony X on bass. In order to stay close to their inspiration we are presented a scary story as well  Story or not I would just recommend this album to anyone into old school Heavy Metal. There is for me one miss on the album though in FestEvil, which has too much a pirate/folk metal flavour for my liking. Further all good and soar necks guaranteed. They are already booked in Little Devil next year. Closing the weekend we get Metalcon in Musicon, one might start saving energy any day soon.
Posted by erikprogtricolor at 17:02