This week a release that calls for respect and two absolute essential purchases. 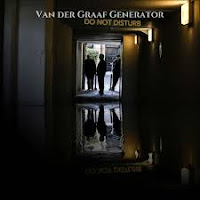 Van Der Graaf Generator - Do Not Disturb
It was during my Brazilian years at the end of the nineties, that I discovered a lot of bands from almost 30 years before. It turned out that next to a fanatic underground in Metal many Brazilians still hung in the seventies for musical taste and so I got to know or expended my collections of bands like King Crimson, ELP, Yes and VDGG. This band is back for over ten years now, after a small break in releases from 1977 to 2005!! Most outstanding for their sound are the eccentric voice of Peter Hammill and their real progressive music. The haunting sax of David Jackson left for years, but still even before the voice of Hammill falls in, it is easy to hear which band is in your CD player. The album overall is calm, but contains some beautifull VDGG music, compacted in songs all under eight minutes. My favorite is Alfa Berlina which is based on an organ melody and tells the story of the band driving through Italy in the early seventies when they were topping the charts in that country. The rest of the world never reached that level of idolation for them. This might well be their last album ever and I never saw them playing live. A tour is welcome. 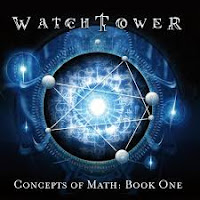 Watchtower - Concepts of Math: Book One
When the founding fathers of Tech Metal release an album after 27 years it is an obligatory purchase for many I'd say. Actually it is not a full new album, as it only contains five songs. The Size of the Matter was released some years ago already  and the first three songs were released digitally last year. I actually went against my belief and bought the downloads, by lack of physical release. The opener M-Theory Overture is my ringtone since and still scares the shit out of commuters, or people in the super market with its attention demanding furious opening. So for me there is only one new song, but the almost ten minute Mathematic Calculus alone is worth the purchase. This album might have taken 27 years to be released, it still is very much a logical follow up to Control and Resistance. This also due to the return of Alan Tecchio (Hades, Seven  Witches, Non-Fiction and Autumn Hour) on vocals. The mix of hectic music from the trio Jarzombek, Keyser, Colaluca and the high powerful metal voice of Tecchio makes this band so outstanding. When they toured C&R in the early nineties they were smart enough to stop in The Hague as well, giving me the chance to see one of the most astonishing shows ever. Ten years ago they headlined Headway and their version of 2112 blew all away. Now we have 5 new songs and maybe a full album coming it is high time to see them play this essential buy live again. The cover should make nice Merch  and a tour is welcome. 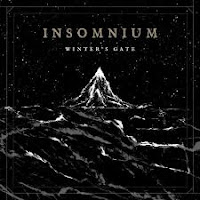 Insomnium - Winter's Gate
It seems we have a new trend at hand to beat the download generation: adding a book to the physical CD release. After Griot and None Other earlier this year it now is time for Insomnium to add their price winning story to the booklet. This story is also the base of this one song album of 40 minutes. While the other bands wrote rather forgetable stories in Progland this one tells us of Vikings looking for gold on an island west of Ireland while winter approaches. The story lays a nice base, but the music on this album is sensational. Insomnium play Melodic Death Metal. This album is mixed and mastered by Dan Swanö and coincidence or not the Crimson master pieces by Edge of Sanity are the clearest benchmarks for this album. One song divided into seven parts manages to keep you fully focussed for 40 minutes. There are enough changes in tempo and heaviness to make this 40 minute epic pass by flying. This is their seventh album, but I missed the first six. A trip back in time through their catalogue seems necessary after hearing this album.  A place at ProgPower is justified if they play this album in full. A tour is welcome and scheduled for January. A snowstorm shall be annoying but very much fitting the concept and mood of the tour.
Posted by erikprogtricolor at 12:55