Heavy metal it is! 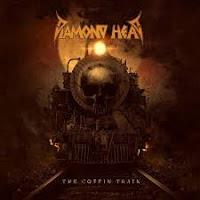 Diamond Head - The Coffin Train
Am I Evil?, Metallica, Brian Tatler's brilliant book. So, now that hitory is out of the way I can go to the present. The Coffin Train is possibly the best album released by a NWOBHM band in 2019. Through the years Diamond Head has not released poor albums and previous self titled album with new vocalist Rasmus was a classic already. Well The Coffin Train kept the momentum rolling and is another high in their career.  I was lucky enough to see them live at Baroeg, to know that Diamond Head are live also a top class act at the moment and with new songs like these I am already looking out to their opening slot of Saxon in London in October. Anyone stating to like Heavy Metal should hear this album. In the begin of their career comparisons with a certain Led Zeppelin put expectations too high maybe. Listen to the Coffin Train and you can hear what could have been of Led Zep without the folky side going more metal Brilliant album, must buy etc. 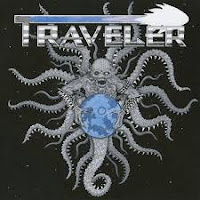 Traveler - Traveler
No this is not a new release, but I missed this band. When reading some positive reviews on Keep it True and seeing they are going to play Up the Hammers in Athens next year I decided to give it a go. And then I gt hooked. Heavy Metal from the traditional kind. Well performed and catchy as a red skin on a Dutch beach today. two halfs, broken by an instrumental in fast eighties style thsi album brings all that makes Heavy Metal so great. Another nice surprise from Canada. 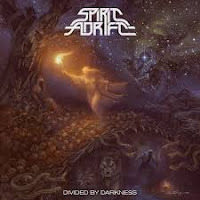 Spirit Adrift - Divided By Darkness
When Mr. Verhuysen from Aardschok is positive on an album one gets interested. I already heard of the band, but dug somewhat deeper and found this to be a pearl indeed. Take a healthy dose of Sabbath and add some Scandinavian heavy metal doom in the blend and we have a metal album that sounds very well. Ozzy is remembered on vocals at times, especially with the faster parts of beautiful long song Angels & Abyss. And then they come to Holland. Baroeg Open Air did get some increase with Dark Tranquility and Agent Fresco. Ayreon is filling 013 nights, but those in the know shall attend Mario's Birthday Party 14 September and see Spirit Adrift in Little Devil (with Leather and Syren!!)
Posted by erikprogtricolor at 21:09