Due to the many good shows already attended in 2017 I have been dropping the CD reviews somewhat. So herewith some tips from the last months building up the decibels. 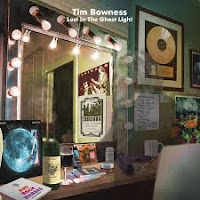 Tim Bowness - Lost in the Ghost Light
Tim Bowness has one melancholic voice. Mostly known from his work with Steven Wilson in No-Man he released some solo albums before and joined many projects of which OSI is the one I have on CD. This album is a calm progressive rock concept album about a rockstar looking back on his life. Helped by various big names of the scene a welcome addition to my Sunday morning collection. 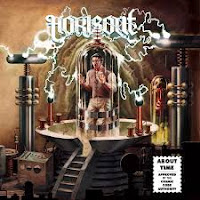 Horisont - About Time
Retro hardrock with a strong seventies vibe. Being their 4th album I wonder why I never heard of them before. Hailing from Sweden and singing one song in their own language this is an extremely well constructed album with ten great songs on it. They tour Europe this month and I still am in doubt if I go see one of their Dutch shows, both far from home and on a Sunday or Monday night. I guess they could interest hardrock and classic rock audiences with this music, Dead Lord light maybe? 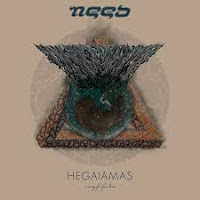 Need - Hegaiamas
Great prog metal from Greece, well we heard that before. This band is being hyped or spammed a bit on the PPE page and I do agree with that. Very good Progmetal album going in the direction of Fates Warning at times. So not much can go wrong. Well the prog prententious story could have been left in Greece and the spoken word "song" kills the flow. Imagine live that is not present and this might well be one of the biggest life surprises in years. Now we only need to get them to Holland. 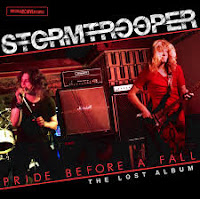 Stormtrooper - Pride Before a Fall
Definitely one of the best NWOBHM releases in a long time. Released late 2016, but recorded 1981 and 1982. The title was a single as well in 1980. I did not know them from the past, but learned of them through Colin Bond bassist at Stampede. This album is a very good mix of fast rockers and even two epics of ten minutes. Reminding me of White Spirit at times. recorded over 35 years ago, yet dated? not a bit. This Saturday I am going to see them live with Stampede and Lautrec, which might well become the show of the year. 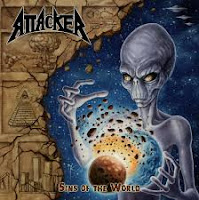 Attacker - Sins of the World
Anyone of my age should think when hearing Attacker : Battle at Helm's Deep. A Classic LP in US metal stuck in a hilarious simple cover. This century they came back and previous album Giants of Canaan was already a hit. This album goes on where the last one left us, strong US Metal with all the ingredients we love: fast riffs, great guitar solo's, heavy drums, high pitched vocals and some true heavy metal. For catching some breath we have ballad opener By the Will of Crom which turns into epical closer Where the Serpet Lies. This metal makes you feel young again if only I still had hair on my head.
Posted by erikprogtricolor at 21:09