Three recommended CD's starting with what I thought would be the calmest one. 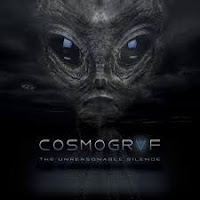 Cosmograf - The Unreasonable Silence
I discovered Cosmograf in 2011 with their album "When Age Has Done its Duty". Actually Cosmograf is Robin Armstrong. He writes the music and plays most of it. Interestingly he knows people so he always gets some guests of name and fame. This time Nick D'Virgilio again plays all drums. Further we have smaller participations from Nick Beggs, Dave Meros and even Steven Wilson speaks some words on the final track. In my view this name dropping is not necessary for liking this album. Cosmograf plays music often packed in a concept story and not unlike later Pink Floyd albums on atmosphere. Comparing this album with the previous ones it seems a bit harder to get into really. Spoken parts and a complicated story make it not easy to consume at once. After several plays it grows on you though and yet again Cosmograf releases one of the best Prog albums of the year. 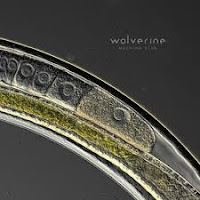 Wolverine - Machina Viva
Wolverine are the Progpower Europe Houseband, as with every release they are back on stage in Baarlo. This year they shall play again and based upon this album I foresee a risk or a problem. The Power is gone out of Wolverine. This process was already going one for some time, but now we can speak of an album that really is not metal any longer. Don't get me wrong it is a beautiful album, full of great moody songs. The fact is that all songs seem quiet at first hearing and there is nothing to bang your head on. So while on one end I really like this album for a Sunday morning I also realize that my favorite heavy days of "The Window Purpose" or "Cold Light of Monday" shall not return So I end recommending this album for the quality of the music, while I might myself drop Wolverine of the list of bands I can buy in the blind. Witherscape - The Northern Sanctuary
This album is the one most raved about on metal webzines over the past month. And I can only confirm rightly so. This band is a duo with Dan Swanö on vocals, drums and keys and Ragnar Widerberg on guitars and bass. Dan is known from his Death Metal past (Edge of Sanity and solo) plus his Melodic Hard Rock band Nightingale. Here we basically hae a combination of the two and to great effect. I already loved their debut Inheritance and this CD builds further on the same style. So we have some heavy bits and grunting vocals, but also the dark melodic voice from Dan over some melodic metal songs. For me the song Marionette is a good representation for what this band stands for. The Chorus is very catchy and melodic, yet sung with the recognizable grunt of Dan. This time there also is an epic song in the title track of 13 minutes which is an adventure I would say. I do believe that with this album Witherscape should be able  to bridge the gap from heavy metal fans to Melodic Death Metal. Speaking about Progpower with Wolverine, this band should deserve a place next year.
Posted by erikprogtricolor at 18:01