None Other - Lithium Dawn - Mistur

Internet is killing the music industry!! That might very well be the case, but there is another side. Herewith 3 CD's I would have missed without the internet, as usual from soft to heavy. 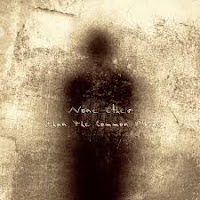 None Other - Than the Common Plague
This concept album was recently reviewed by DPRP and thus discovered by me. The album was released last September and is a concept album in prog tradition. When I read it was about disease, treatment and isolation towards the light at the end of the tunnel, I was interested in finding any personal similarities. The CD comes with a 30 page novel, which I did not find time yet to read calmly but should by this weekend. After the interest was created bandcamp was the next step, followed swiftly by an order. The whole concept is made with such devotion that not getting this album/book for merely 8 Euros felt just wrong. Receiving the package very fast I did like to hear the album in full. Musically we travel through different genres, but the name of a former leader of Porcupine Tree is mentioned in all reviews I came across. Well that level is the top in Prog Rock, so won't be reached that easy, but the album is worth a listen and I am curious about the book still. 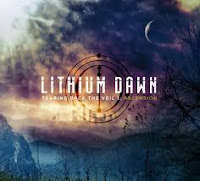 Lithium Dawn - Tearing Back the Veil I: Ascension
This one I found by actually surfing bands on bandcamp. I think I found it under the progressive metal tag. When approving the album and ordering it I went out looking for more information on this band. They were reviewed in Prog magazine and even are among the nominees for Prog awards (which are a joke, but that's a different story). Well I missed that. This album is again crossing borders, which makes it so nice. The base is Djent, but without any extreme vocals. Further Progressive rock is never far away and at times I hear atmospheric rock of the likes of Anathema or Wolverine. A very interesting album, which needs to be listened to in full concentration. On the background it might pass by without any notice, but listening with headphones or just full attention opens a world of creative ideas and concepts. My only complaint is that lyrics are not included with the CD, while they are available on bandcamp.  This is a very good band, that might break into various audiences with their open style. 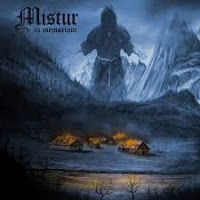 Mistur - In Memoriam
When work brings me to Germany I usually look at airport or station for two magazines. Eclipse for the Progressive Rock and alternative discoveries, plus Legacy for the heavy end. I mean Rock Hard is great but very similar to Aardschok. Last month I finally traveled again and got Legacy. This means almost 300 pages full of all things heavy. Being in German it gives me enough reading material for two weeks on a train. The band that got my interest most by interview and CD review this time was Mistur. This band plays Norwegian Black Metal and to me it is next to Borknagar the most exciting album coming from Norway this year. There is a story told on murder , revenge, fire, destruction and what else Vikings used to be spending their time with. When I read along the lyrics taking in the album in full I went back to times of Manowar in the eighties. While using different vocals and being heavier, the grandiosity and heaviness are coming from a very similar base. This band could typically pass de Baroeg if touring Holland and I do hope they are making plans already. Talking about blowing your speakers and ears off, this one comes pretty close. Beautiful in all its heaviness.
Posted by erikprogtricolor at 18:00