Today spanning a wide range of Progressive music. From the nostalgic symphonic rock of Big Big Train to the extreme metal side of Perihelion Ship. 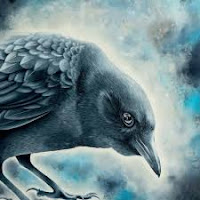 Big Big Train - Folklore
Big Big Train are storytellers. Their music is linked to the seventies and their lyrics tell us about life in that time (or around that decade). Reading along with their lyrics you do go back in time when we played football on the streets, marbles at school, a telephone would be a black box hanging on the wall, small shops in the neighbourhood would still be open and Holland qualified for Euro Championships to be one of the title favorites. The symphonic and folkloric music sets the atmosphere and the voice of  David Longdon completes the trip to memory lane. For those who never heard of BBT they are Gabriel Genesis transfered into the 21st century. Yet another truly remarkable album form this band with highlights in Winkie (a song about a pigeon!) and Brooklands. Latter being about a British racer reminding of Marillion's Out of this World. Live they could put some movies along for a similar emotional background. If there is any critic to be found on BBT it would be their lack of live shows. Far from frantic music, these songs deserve to be heard live and de Boerderij would be the obvious location. 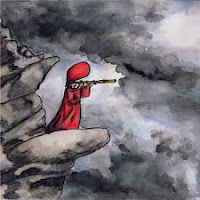 Perihelion Ship - A Rare Thunderstorm in Spring
Recently Tiago forwarded to me a map of Europe with for each country the number of metal bands per 1 million people. Finland stood out far and proud with 630 (Holland at 127, Germany 122 and Great Britain at 68 to give an idea) I did remember our nordic capital roadtrip holidays of two years ago, when I noticed in Helsinki to be very fashionable indeed wearing my black Heavy Metal shirt. Perihelion Ship are one of many Finnish bands therefore, but this one might grow big. This band mixes Progressive Rock with extreme metal. This has beeen done before, but they have something of an own sound. The fact that there are no keyboards, but Hammond Organ and mellotron gives the music an old vibe. The mix between extreme vocals and clean ones is around 50/50. This brings many references at different bits. Main recommendation for me would go to people who liked Green Carnation's Light of Day, Day of Darkness. Sometimes you hear Heep or Purple and then you hear Scandinavian extreme metal. The five songs run over 50 minutes in total and  vary between them also from softer to very heavy. This album was released begin of ths year digitally only. Very pleased it came out on CD now as I don't do downloads since I simply don't play them.
Posted by erikprogtricolor at 16:47