Today some albums of bands that went relatively short or very long off my radar. As usual starting with the calmer album ending very heavy again. 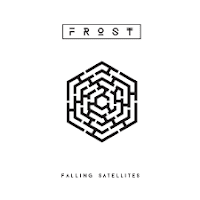 Frost - Falling Satellites
Frost is a child of Jem Godfrey. During daytime he produces pop artist and helps them score world hits I never heard of. Ten years ago he gave us a wonderful debut Milliontown which was I saw live in de Boerderij. Two years later Experiments in Mass Appeal followed with the multi talented Dec Burke on vocals. From the beginning Prog's omni-present John Mitchell played guitar and Frost stood for high quality Prog rock with some pop leanings. The band went to sleep for a long while and now we have in Falling Satellites a return to old form. I did need a few listening sessions as the pop and electronic influences need an open mind. Best example was Towerblock with rather distracting Key sounds. Now I see that as the sound of the knocking down of the towerblock. While the album contains an epic song in parts (Prog rock) my favorites are uptempo songs Numbers and Signs. The band is completed by Nathan King on Bass and Craig Blundell (Steven Wilson, Lonely Robot) on drums. This shall be one of my favorite Progrock albums of this year. Hope that agendas allow them to extend the 2016 Uk tour next year to Holland as well. 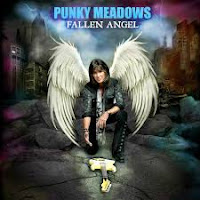 Punky Meadows - Fallen Angel
Speaking of disappearing for a while, Punky Meadows sets the benchmark. Punky was the founder of legendary AOR band Angel and disappeared from music that I know when they dismantled in 1981 (!). He did not play on their return album In the Beginning from 1999 (which was contrary to general belief a very good album as well). Those unaware of Angel should listen to Live Without a Net which opens with probably the best AOR song ever written Tower. Last year there was a surprise comeback of former vocalist Frank DiMino which made it to number three in my yearlist. Now we have a similar comeback of Punky Meadows. Going to the album, it contans melodic Hard Rock as made in the eighties with good melodies, a good vocalist and a ballad between rockers. Not as impressive as Frank DiMino's return last year in my ears, but still a very pleasant album. Recently Angel got together in Las Vegas for a premium. This being the first time in 35 years, hope is the last one dying for my chances to see them live one day in original line-up. 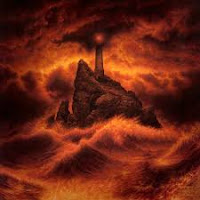 In Mourning - Afterglow
Any Progpower festival needs variation and one welcome break is always the heavier melodic or technical Death Metal around the dinner break. Some 4 or 5 years ago In Mourning was one of the highlights and the wall of three guitars impressed. I had the album Monolith at the time and soon thereafer The Weight of Oceans was released. Then it got a bit silent and now new album Afterglow is released. In Mourning play Melodic Death Metal with occassional acustic guitars and clean singing.  In Mourning are not in a rush and build up their songs with patience and heavyness. The album contains seven songs and lasts 54 minutes. My first impression is that it is a bit heavier then predecessor TWOO as a ballad is this time not included. Basically the only hurdle for new markets lays in the grunt acceptance. Anyone open to that and liking epic Heavy Metal songs just should give this album definitely a try: In Mourning from Sweden.
Posted by erikprogtricolor at 20:43