Headspace - All that You Fear is Gone 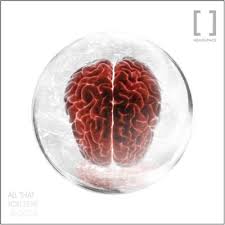 This one took some time to complete. After the brilliant debut "I Am Anonymous" Headspace toured around with Haken and then it turned silent. Two years ago they were scheduled to play Progpower, but cancelled as this album was supposed to be finished (or other obligations forced them to back out). Some silence followed yet again and now there is the long awaited sophomore album. Main reason for these delays must be in the fact that all members have one or more other bands to attend and getting together should be a scheduling nightmare. As a reference for my interest in this album you can go back to January 2013 and find that their debut album was picked as my favorite of 2012 alltogether. Being ranked album of the month in both Aardschok and IOpages did not reduce expectations either.

So what is it like? Well I am not too sure yet. I only know that it won't be the best album of 2016 for me. The playing is very good, the songs are nice enough and Damian Wilson proves yet again that he is among the best vocalists around. After some 4 turns the album starts, sounds nice and then is over. Overall, not unlike Dream Theater's last one, it all seems a bit much and a bit quiet. I do believe that this one continues to grow on me and in the end I will like it a lot. Still the main difference with their debut album is the fact that that one started with Stalled Armageddon a heavy rocker. Now we open with some spoken words and slowly have to be sucked into this album. The number of ballads and softer parts is pretty high and maybe some more power would have made this a more instant killer.

Still I won't give up on this one that easy. I actually got interested in the singer songwriter album that Damian Wilson and Adam Wakeman released recently as well. So it is not about the heaviness only, I can only conclude that I might have been expecting too much from this one. At the same time the song "The Science Within Us" alone is worth a purchase. Let's see how I regard this album in some months, actually knowing the songs. Times are hard for any album to stand out as the releases from end February till mid March only should make a very strong yearlist already. Headspace should tour and I am sure this album will come alive to the full thereafter.