Progcity Den Haag. Funny, I never considered my hometown to be a progcity. Our Satellite city Zoetermeer might be a strong candidate, due to presence of de Boerderij. The Hague has as biggest venue het Paard and I do not recall any shows there that come close to anything Prog rock or metal. Recently I saw local band ReSolve release their debut album in Musicon and now a Progcity festival with some public. So staying in prog phrases, maybe the tide is turning. 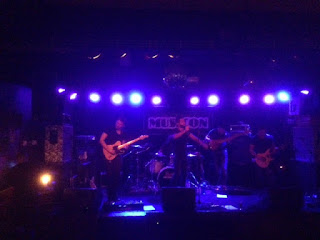 First on were Infinite Mind. While drying up from a bicycle ride through a rainy and storming city I did quite like what I heard. Infinite Mind were the unknown band to me and did surprise positively. The vocals are a matter of taste. While closing your eyes you could at times not tell if you heard a male or female, but opening them the beard gave it away. A new band to follow and yet another Dutch hopeful, so maybe prog is not dead anytime soon yet. Only tip for them: while facing retracting audiences, demand them to move forward. Worked very well with Absolva and Anihilated earlier this year. 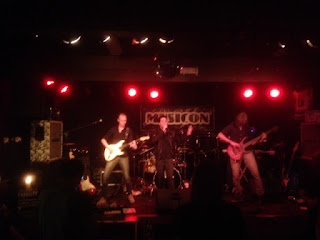 Next came Armed Cloud and I recently saw them at Progpower. At the time I missed the first half and I already wrote that I would catch up later. I did find them OK in Baarlo, but this time on the small stage of Musicon I liked them much better. A very smooth run through their debut album and interaction with the audience. Last month I was not sure if the buzz after their debut album was deserved. This time I got convinced as well, one of the better new progmetal bands from Holland. 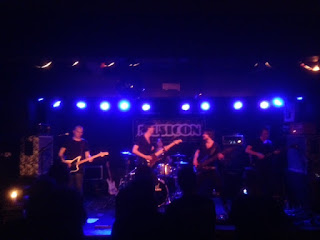 Cartographer had the honour to close the evening. They play instrumental prog, but given the three guitars on stage there is a lot of dynamics going on. Also this band I had only seen before at Progpower, again they proved to be a very tight band. Being instrumental there is always this risk of loosing attention, and to a certain extent I faced this. Overall they showed enough variation to keep all focussed and boring never came close. Tonight was also the last show of their drummer, so some commemorations for that.

Concluding three good dutch bands, that showed there is a future in prog. As the organizer said after the show he was not sure if same concept would be repeated we can definitely hope so. With ReSolve, Codex and a Liquid Landscape any potential lineup issues should be solved herewith.