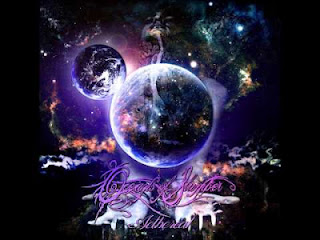 Let me start with some warnings. This CD is not for the narrow minded. Further when I received the album directly from the band I thought I could play it on the background while finishing some work at home. Mistake: definitely a headphone album with too much going on. But in order to enjoy this album most important that you must accept styles going all over the place with a firm base in extreme metal with according vocals and suitable non uplifting lyrics.

In case these warnings did not scare you off, you might be in for a treat and like me discover a new favorite album of the year. The start is heavy with God in Skin and Coffins Like Kites entering a mix of Death/Prog/Metalcore. Tremendous playing and a varied scream, grunt clean voice set the tone. Then with Memorium we go vocally back to grunge times, but then with a tech metal back ground. Following with Remedy we get waves of Faith No More in a much heavier version. Variation is the name of the game and we get all of the above somehow back during Only a Corpse, title track Aetherial, Primordial and Blackest Cloud (Grungy Ballad). A special attention goes to closer The Great Divide, maybe the best song on the album. Without willing to start any Satriani/Coldplay discussions the chorus sounds very very similar to Pallas' Twenty Five good honest Men. I doubt that they know of each others existence and unlike the before mentioned famous rippoff it is only a chorus line. Fact is that I immediately sung the Pallas line along and other fact is that the song is with this catchy chorus an absolute highlight on this already impressive independent produced album.

So here we have a band perfectly fit for the heavier sessions around dinner break during Progpower. Leaving those who don't get them with some time to visit the Chines restaurant for a long dinner and those who get them in heaven with a rollercoaster show. Maybe 2014 then?
Posted by erikprogtricolor at 16:57