Some time ago since my last overview on Portugal, so time for three more bands. 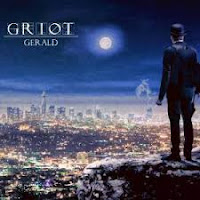 Griot - Gerald
This is a progressive rock album, that I bumped into on various sites. This is a rather ambitious album, as the CD came with a small book giving some background on the story.  To me the book is by far the least interesting part of this release. While the story is pretty limited, the music is very colourful and interesting. Griot uses a wide range of instruments from violins to flutes, saxophones to synths and moog to piano. Still the music flows and the pleasant voice of Nuno Aleluia (what's in a name) makes this an easy to absorb album, with no freaky parts just for the sake of it. The five songs result in 32 minutes only. Gerald's journey might be short it definitely sounds good. 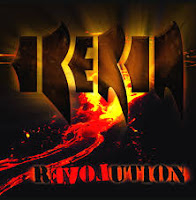 Iberia - Revolution
This album I found in the old fashioned way. While in FNAC in Lisbon I looked for the most metal guy at the CD department and asked for Portuguese bands in the Heavy Metal section. He gave me some ten options which I could hear on headphone by scanning the bar code. I walked out with Iberia's Revolution. Following this strategy means you end up with an album that sounds good at once. Therefore it is no surprise, that Iberia's melodic hard rock hangs somewhere inbetween Aerosmith and Guns and Roses, but skipping the ballads that made those bands so popular. Iberia are not inventing the wheel here, but they offer plenty good songs. Even the song titles (Hot in Love, She Devil, Dizzy, Ride, All Night Flying) bring you some 30 years back in time. Good album. 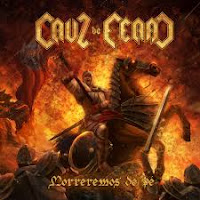 Cruz de Ferro - Morreremos de Pé
Translating into Iron Cross - We Die Standing it is clear what to expect: Battle Metal. This album gives us Portuguese history lessons in ten metal songs. The opening title song starts epic instrumental, speeding up and giving us the raw voice of Ricardo Pombo.I think that the Portuguese lyrics might limit their chances for an international break-through. Still to me this is the winner of the week. These songs should be heard while having several beers and ask for shouting along. I hope to see them one day together with Ravensire for an evening of what I so far discoverd as the best in Portuguese Epic Metal. Nascidos para lutar! E conquistar a nossa Glória!
Posted by erikprogtricolor at 22:37