2015 was a great year for music with too many releases to make a top 15 only really. We are now five weeks into 2016 and already the list of interesting albums keeps on growing fast. Herewith 3 of the albums I liked so far: 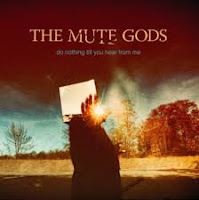 The Mute Gods - Do Nothing till You hear from Me.
Music and lyrics  for the Mute Gods has been written by Nick Beggs from Steen Wilson, Steve Hackett and Lifesigns fame. This album contains poppy prog songs, with sometimes a dark edge. The opening title song reminded me somewhat of Chroma Key and further there is a pretty wide range from soft  ballads to heavier work. TMG are completed by Marco Minneman and Roger King. Quality is guaranteed and actually the album is great for the quiet moments of the day. Doubt if these busy men shall ever tour, but the CD is a good starting point. 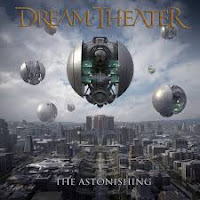 Dream Theater - The Astonishing
I am still undecided about this one. As I think that in two months time I shall still be in teh same mood I might as well spend some words here. Over two hours, a double concept album a choir and lots of soft piano interludes. I might be joining the camp of too soft shouters, as the Train of Thought is as far away from this album as you can imagine. Still there is obvious class on display and I never was in the camp of James Labrie complainers. In two weeks time they play the album in full for three nights in Amsterdam, but I shall be in Portugal. As such a pity a sthis album might come alive with a full live show telling the story. A lot to absorb still, but undecided I shall give it many more chances. At least this is something very different again. 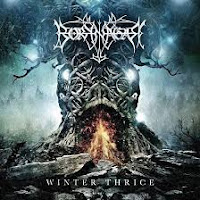 Borknagar - Winter Thrice
This is one of the examples I mentioned during my BlackDeath live review. A Black Metal band, still showing their roots, but evolving into proggy areas. This is one beautiful album sung by 4 big names of the Norwegian BM scene. Many times I am reminded of Green Carnation by mood, atmospheres and vocals. This album should be well accepted way beyond Black Metal circles as it has eight great songs with lots of variation. Hope to catch them at Graspop later this year, curious to see this live. A Highlight of 2016 so far.
Posted by erikprogtricolor at 16:05