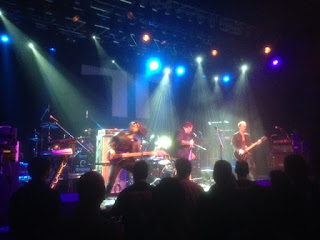 Opening the 2016 concert year for me was Threshold back in de Boerderij. Bringing along two opening bands this was a full evening of Progmetal. First on were Damnation Angles and they came over as a sympathetic lot. Always interesting to see when bands that hardly anyone knows ask for clapping/shouting along every three minutes. Somehow for me they got away with it, as they looked sincere and seemed to be having fun performing for us. Musically edging towars the more dramatic melodic prog metal not overly exciting but good performers. Next were Speric Universe Experience. This French band might have been musically slightly more interesting, but lacked stage personalities. A Vocalist trying to hard and little metal looks on stage did not help. I know we saw them before supporting in de Boerderij (also Threshold?) but again nothing stuck in my memory of their show. 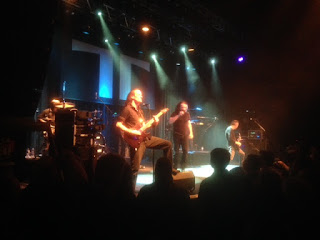 This evening was once again being filmed. I believe one of the last times I saw Threshold in de Boerderij the show was also filmed but a DVD never followed. It was a good night for filming indeed. The place was full but not overly so and the balcony was open as well which facilitated wandering around in search of drinks or getting rid of them again. Threshold is among the frequent visitors to Holland, so no big surprises for their shows. Actually we already know that we shall see them again in Baarlo at Progpower later this year. From our side the 9  PPE goers of 2015 all were there plus 6, doing our part of filling the Boerderij. Regarding the show, the only surprise came in the fact that they played their last album The Journey in full. As always when a band plays a full album opinions were divided. As I did nominate the Journey my favorite CD of 2014 I had no problems with it, as I think all the songs are pretty good. In reality Threshold does not do bad songs. Yesterday the standouts might have been Pilot and Slipstream as these seem to be a nod above the rest. My favorite album of them shall remain Psychedelicatessen, but the earlier years were skipped all together. Still an entertaining evening and with two tours after the Journey passing de Boerderij I do hope for a best off career overview during PPE. 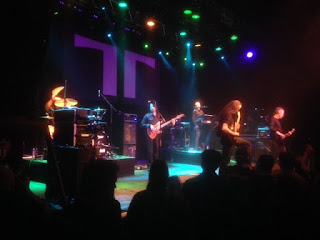