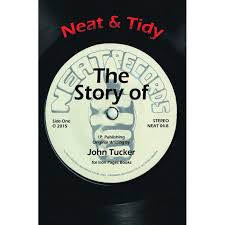 Neat & Tidy the story of Neat records, is yet again a must read by John Tucker for anyone with even a mild interest in NWOBHM. John was not only a fan as from the beginning he was also author of the labels promotional magazine Lead Weight. This book is a complete trip through the history of Neat Records and Impulse studios. The book begins and ends in March 2011 when the Borough Theater was demolished and the physical place where once Neat Records was no longer can be visited by people in their fifies going on a pilgrimage of their past. The book has a nice personal touch which adds to the fan feeling. Many bands are being discussed and lots of new facts to me came by.

I was never much of a cassette or single buyer and used to get my LP's from local record stores. When discovering de Nieuwe Aardschok in the early eighties we could read about many Neat label releases. Obviously their two big bands releasing LP's were Raven and Venom. Most of the bands written about here did ring a bell though. The biggest surprise was maybe the not very professional running of Neat Records (the lists of typos quoted never ends), while as an Aardschok reader we had the impression Neat was the biggest and most professional supplier of Heavy Metal records (no pun intended). I just love reading these old stories, when music was developing into many interesting metal subgenres.While looking further into these bands I recently googled Stampij Radio (the best show ever made on National Dutch Radio during decent hours) To my surprise and luck I found under Archives 9 episodes for streaming and many bands of this book did pass. 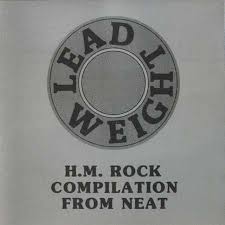 In the book one cassette compilation is discussed being Lead Weight. The only NWOBHM compilation receiving a 5 star review in Sounds at the time. With the ease of internet nowadays, it did not take me long to find this release on CD for a mere 5 GBP and a bit. What a good buy this was, as I now realize that Raven were always good, White Spririt must have been owned by either Hans or Magchiel as I know all their songs, Venom was not as extreme as we thought at the time, Axe Blitzkrieg, Fist and Bitches Sine were names and possibly music I knew, while Aragorn, Axis, Warrior and Satan's Empire being good new bands to me. Toady has lots of great music on offer, but a wave as impacting to anything Metal music as the NWOBHM can never be repeated.