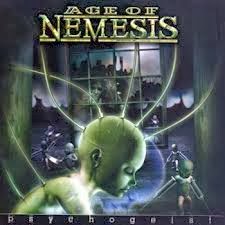 While this week the TV talkshows got flooded with people telling us how bad it is that Bookstore chain Polare temporarily has to close it shops, The Hague got hit more seriously. After 26 years Rocky Road is closing it's doors and today the sell-out starts. This trend is worldwide and slowly all cities shall be without it's major Book or CD stores. Still hearing such a message always makes you think where is this world going to? For me the reason for vsiting the shops in the city always meant looking for CD's or alternatively a book (let's face it how many clothes anyone likes to buy per year, while I can find interesting CD's every week if necessary). When Rocky opened I was still a customer of Kees CD who was located in the same street and moved from the Groenezijde to the center in the second half of the eighties as well. Slowly I became customer of both shops and when Kees closed it's doors Rocky became the core for anyone interest in heavy Rock CD's. Last week Rocky told me it's over for the shop, stating I also don't buy anymore. Here I must plead guilty, mainly because of the internet. I like ordering special versions, participate in crowdfunding or buy directly from the band (Teaser: watch 3 weeks from now to what great results this can lead)
As a tribute to Rocky Road and as a thank you for the many discoveries I did in his shop, herewith a return to my DMJGH series (or CD's you should have heard).

As I started with the A I quickly ran into Age of Nemesis as a good example. This band was a tip from Rocky eight years ago. Nowadays I can listen on the internet parts or even full albums, before ordering. Gone are the times of listening in the shop, but this one I first heard on the headphone in Rocky Road. When passing RR one day, he told me that I might like this Hungarian band, playing progmetal with some modern and neoclassical influences. This is typically an album that caught me by headphone and was played several times after purchasing then forgotten untill I picked it up again today. The album starts with a titlesong story in six parts, which tells a story written in the booklet in such small letters, that I can no longer read it. The second half consist of two instrumentals and three songs with vocals. The CD should be heard by those into melodic progmetal, accepting fairly high vocals and power metal leanings. Nothing groundbreaking original, but after some years hearing the album again I realize why I liked it so much on first listen.

For me this sums up why Rocky Road has been important to me. A large selection of CD's consisting of new bands picked up in the shop, to tips from Aardschok magazin. RR was never cheap, but he had everything you looked for. I know times are changing and there could never be a future for such a shop in these download times. Still the city became a less nice place to visit.
Posted by erikprogtricolor at 15:26