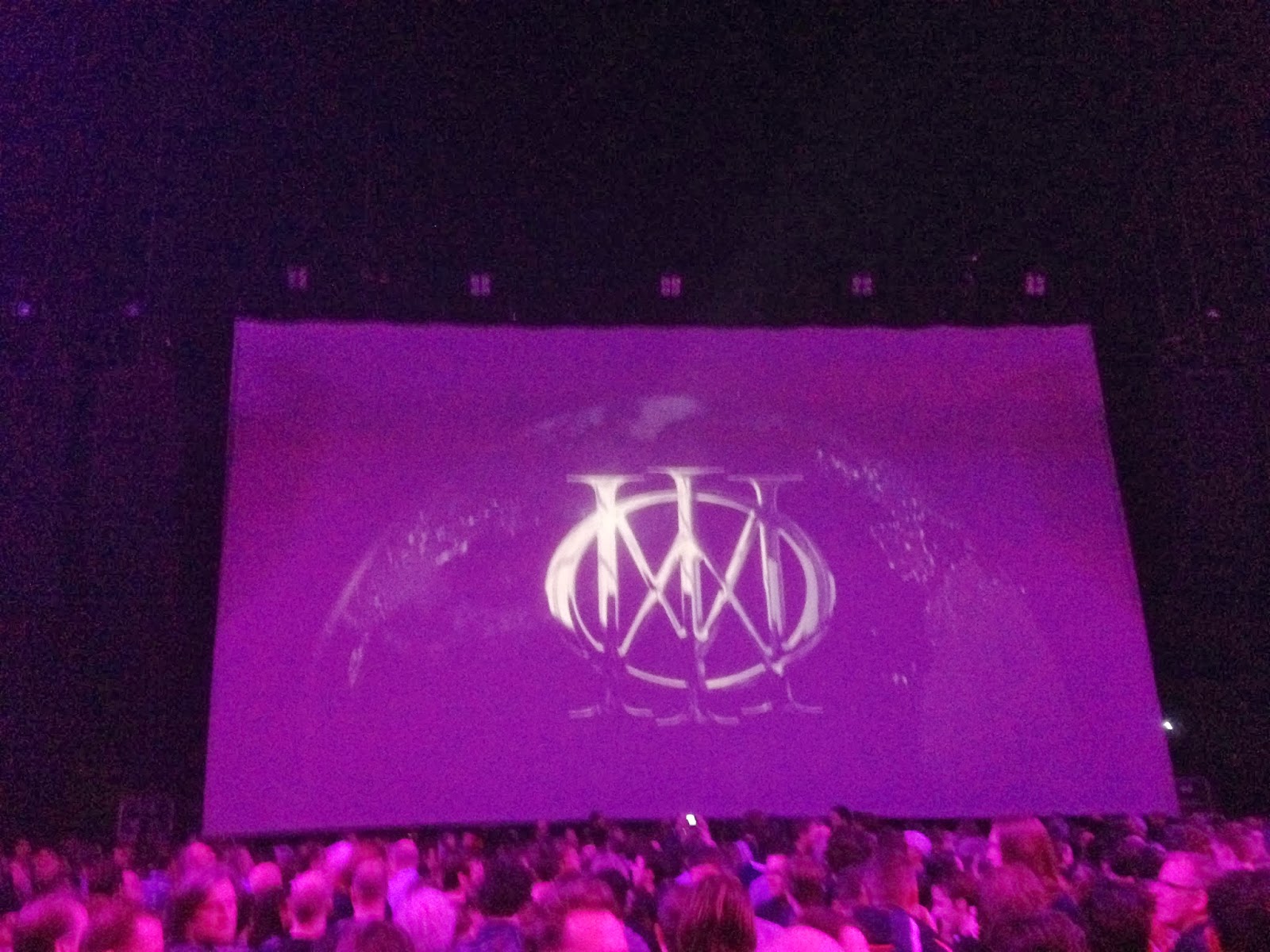 An evening with Dream Theater Along for the Ride tour. This means three hours of Progmetal in all its glory: melodic, heavy, emotional, thundering and whatever more you need on a Monday night in a packed HMH in Amsterdam. I got introduced to Dream Theater on their debut LP When Dream and Day Unite and saw them live during their first European trips for their career highlights Images & Words and Awake. From there onwards I kept on buying all their CD's but started missing shows in general due to bad timing. I remember that thet played twice in Holland on a weekday after Progpower weekend and I always wondered why Progpower had to settle at 500 tops while 5000 people would go to see Dream Theater on a weekday. No matter how varied one band is, they can to me never top 15 bands at Progpower, but that is an old discussion where no matter the niche market always the better known names attract illogical larger audiences. To go back to the opening line, this was for me the first time I saw Dream Theater playing a three hour setlist and what great value for the not small money it was. My first conclusion was that Dream Theater should consider the Marillion setup of a convention, where they play three nights in a row With such a large back-catalogue there is too much to choose from. 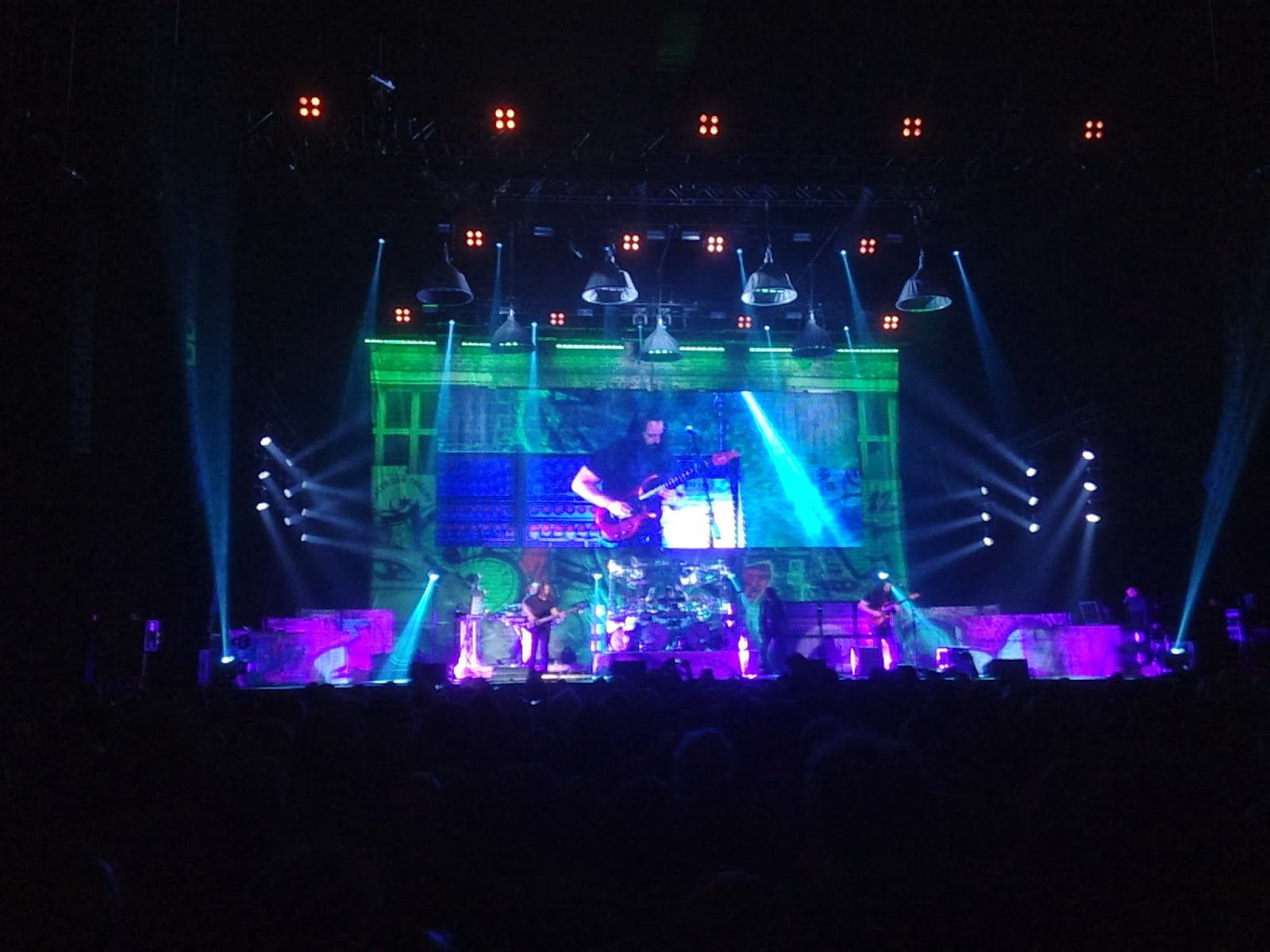 The band started with a focus on the last albums which showed that the last self-titled album, might indeed be their best of the last 10 years. Opener The Enemy Inside was rocking and all new songs came over great, while they even could afford to skip my favorite song of the album: The Bigger Picture. The first half existed of new songs and especially The Shattered Fortress was brilliant. For me this was also the first time in HMH and the sound was great, the beer expensive and the lockers ridiculously unpractical. As the sound is the only one that really matters the hall was approved and the lightshow mixed with small films was very nice. After one hour and twenty minutes we got a break, which was partially filled with soem humorous clips, which were not all that funny (If they want to make us laugh they should bring Jim Breuer along with his hilarious metal stand-up comedy act). 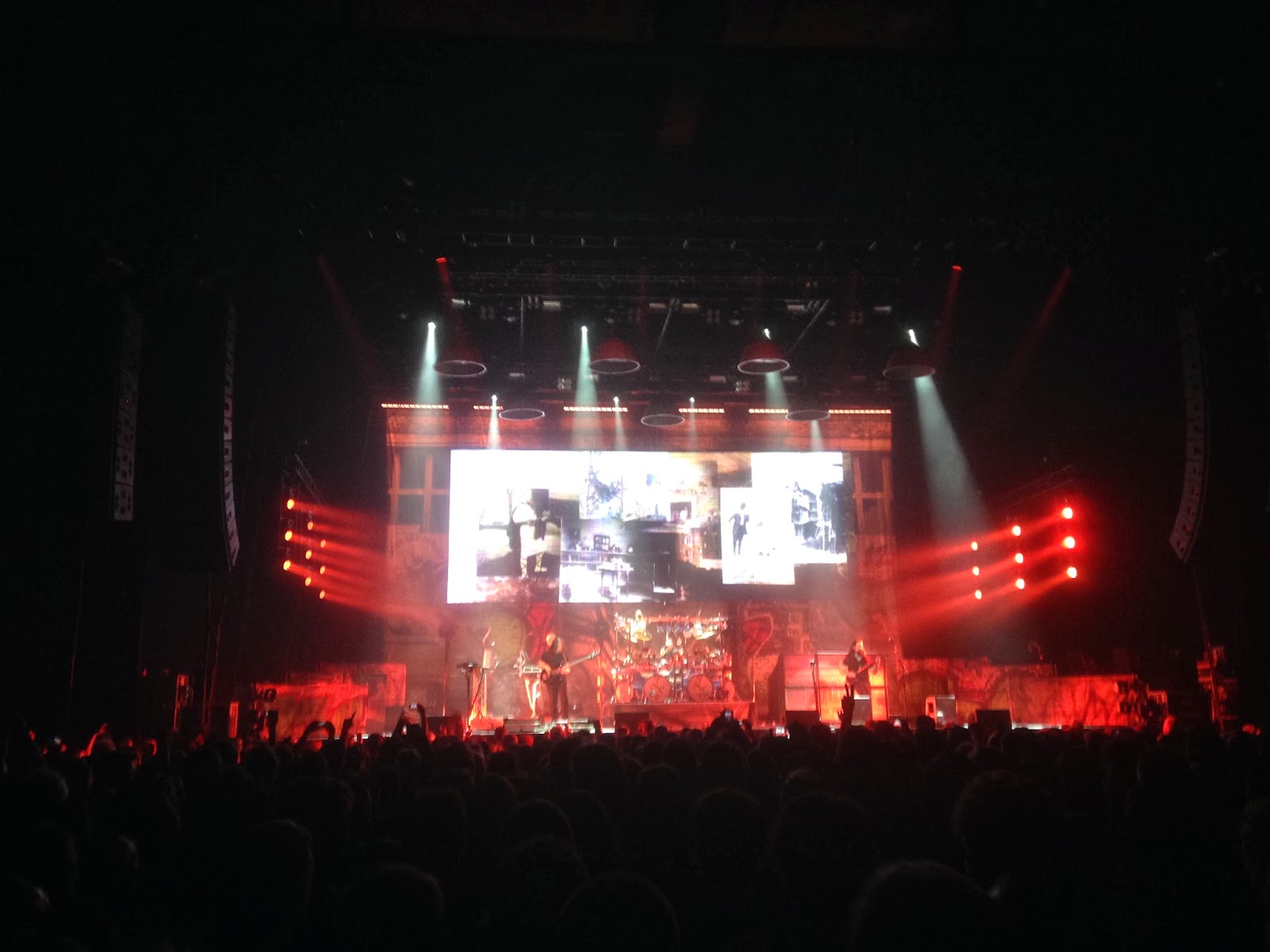 And then came the second half. If you would ask me from all  Dream Theater albums which half would be my favorite one, I probably would say Side 2(or B) from Awake. To my tremendous pleasure they decided to commemorate 20 years Awake by playing Side 2 in total. This meant from the metal of The Mirror/Lie until one of their best ballads Space-Dye Vest. To me this is their highlight, but I did get the feeling that I was a minority in the audience (what is it with my taste?) When they played hereafter the Illumination Theory plus an encore of a medley from Scenes from a Memory the hall got somewhat louder and everybody left realizing they just saw one of the better productions that shall tour Europe this year. With their great list of classics I would like to do a request for their next tour already: Six Degrees of Inner Turbulence in full. Come to think of it, I believe they fully ignored the first two albums, so some from those to complete next to newer songs and I already have a setlist as good as last night with all different songs. Probably the biggest Progmetal band for a reason, without mentioning so far the unbelievable guitar playing from John Petrucci.