Cosmograf - The Man Left in Space 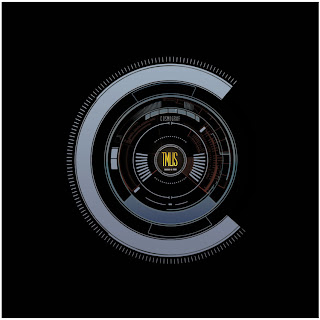 Cosmograf is Robin Armstrong. A very talented instrumentalist, songwriter who has a nice book of friends to put various icings on the cake. Two years ago I discovered him through the previous CD When Age has done it's Duty, which made my top 10 of that year and the follow up is probably heading the same direction.

The Man Left in Space tells the story about.... Nice enough, but the music is great. We get epical prog songs, we get Floydian instrumentals, moody samples and with a little help of friends like Matt Stevens, Luke Machin, Simon Rodgers, Robert Ramsay, Dave Meros, Lee Abraham and Greg Spawton quality is guaranteed. Nicest surpise is Nick D'Virgilio on drums on most songs. This is the second CD I bought this year already where he is appearing. What a wise decison, since in my view a musician so talented should not waste his talents only on the boring (yes, saw them with work once and fell asleep) Cirque du Soleil.

The voice of Robin Armstrong is not specificallty great, but suits the music fine. Even so that might explain why the instrumentals are amongst the best songs, The Good Earth Behind Me is greatly reminding Gilmour/Moore and The Vacuum That I Fly Thorugh is led by Matt Stevens, the man that I once saw doing incredible things on an acoustic guitar.

I expected a lot from this CD after it's great predecessor and got what I hoped for. We are now finishing Q1 and already the year 2013 has surpassed 2012 on great prog rock releases. This CD is just another one I highly recommend for a listen.