Some CD's you might want to get still within the year. 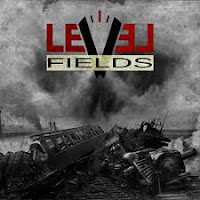 Level Fields - 1104
Level Fields is a new band combining members of Autumn Hour and Poverty's No Crime. Now Autumn Hour was a rock project with Alan Tecchio on vocals and he is a vocalist that has been dividing opinions. I am in the total fan camp, as I loved his work with Watchtower, Hades, Non Fiction and Autumn Hour. Liking his voice is also to the trick to highly enjoy this album. Mostly mid tempo metal songs are carried by his strong voice. At the same time it would be rude to completely ignore the band as I believe Marco Ahrens wrote most of the music and played a lot of instruments. This to me is just a nice mid tempo metal album to enjoy. Highlight probably the semi title track Extra 1104 which tells the story of train crash in 1925. Tecchio fans like me can buy in the blind. 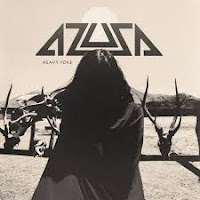 Azusa - Heavy Yoke
Azusa another new band with the guitars of Extol and the bass of The Dillinger Escape Plan. So don't expect an easy ride. Now interesting enough the vocalist is a female from Greek band Sea+Air. Now I saw her last year at Brainstorm acoustically singing angelic to us, So where is this hysterical scream suddenly coming from? No matter the answer I love it. This is one of those albums you should play many times before starting to get an idea what is going on really. At times it calms down, but maniac moves are always around the corner. Suddenly female fronted metal gained another very acceptable band to me. I expect them to play Brainstorm next year, while PPE might be a good stage for them as well. 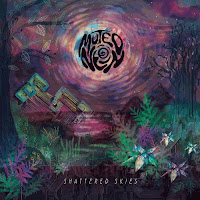 Shattered Skies - Muted Neon
Shattered Skies I discovered on PPE some years ago with a very energetic show. Later we saw them at HRH and they again impressed. Their vocalist meanwhile left the band and he was a big factor during their live shows I thought. Well they found a new man in Gerry Brown and he sounds not all that different. The music is still djenty heavy metal and the playing flawless. So what is left are the songs and they are for djenty fairly accessible. So resuming it is about time to see them live on stage again. Best song possibly Fall From Disgrace going from the melodic to the extreme. 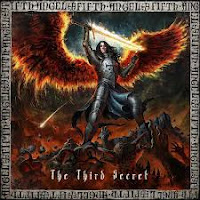 Fifth Angel - The Third Secret
Anyone thinking that the best thing coming out of Seattle is grunge, really does not get good music. Seattle is probably the capitol of US metal giving the world bands like Queensryche, Metal Church, Nevermore, Culprit, Sanctuary, Heir Apparent and Fifth Angel. Similar to Heir Apparent, Fifth Angel give us this year a very welcome return after a few decades. So they lost their vocalist with the strong voice. No problem whatsoever as guitarist Kendall Bechtel steps in and replaces him stronger than expected. Fifth Angel play heavy metal with a very melodic side to it. This new album is one ride of highlights from opener Stars are Falling until Closer Hearts of Stone. In Germany a few good taste festivals already booked them for next year. Would be nice if they can combine this with a visit to Holland, imagine seeing this band in a venue like Little Devil. If anyone hoped for a strong return, this is even better. 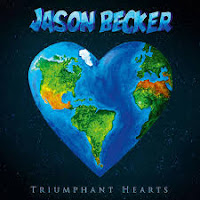 Jason Becker - Triumphant Hearts
We all know the story of Jason Becker who was a guitar god in the eighties and then got diagnosed with ALS in 1990 to hear he had few years to live. The beautiful documentary Not Dead Yet tells us how he got on and communicates through his eyes now. If that is not amazing enough he also still is involved in releasing new music. So I saw a few weeks back a clip Valley of Fire. This song over 9 minutes should appeal to all who were into any guitar heroes of the eighties. The vast majority is guest soloing here and what a great song that is. So I decided to pre-order this album in the blind only to read in later reviews it is not really metal. Well no worries here as the fast majority is still interesting and only the few songs with vocals do less to me. There is even material written when he was in David Lee Roth's band. The long list of guests also might convince anyone into guitar music. Finally only supporting the cause of Jason Becker  justifies a purchase. 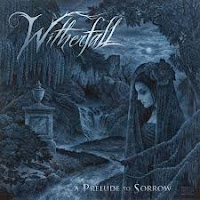 Witherfall - A Prelude to Sorrow
This inlay of the CD mentions R.I.P. Adam Paul Sagan. Adam was the drummer with the band who passed away before they last year released their strong debut Nocturnes and Requiems.  This album deals with the loss of him for the band. The format this is done, is epic Heavy Metal. I guess those of us missing a new Savatage release shall be happy with this album. Very strong vocals surrounded by heavy guitar riffs and great solo's. Basically this what Hans and I use to call Heavy Metal as it is meant to be. Mixing short and long songs throughout probably the long ones We Are Nothing and Vintage draw most attention. Next year they come to support Sonata Arctica on an acoustic tour.   Even without the full power I hope to be there seeing them blow the headliner off the stage.
Posted by erikprogtricolor at 11:35