Prog is all around and herewith some variations on the style. As usual starting light and ending rather heavy. 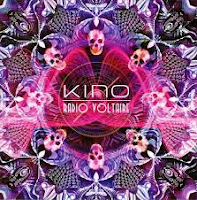 Kino - Radio Voltaire
Well that was a surprise return to me. Kino the band currently exists of John Mitchell, Pete Trewavas, Craig Blundell and John Beck. In 2005 they released their beautiful debut album Picture, toured a bit and then it went quiet. So now they return for me out of the blue with Radio Voltaire. Some changes in the line up, but if you change one Steven Wilson/PT drummer for the other there is no serious drop in quality really. Looking at the credits 8 songs are written by John Mitchell and 3 by Pete Trewavas. This means that the overall sound is rather impacted by Mr. Mitchell. This as such is not a problem as I love his other bands/projects It Bites, Lonely Robot, The Urbane and Arena. Point is that there is a certain equalness between his bands now, especially the ones where he can be heard on his rather raw and raspy vocals. The album opens good with the title track and The Dead Club. Songs inbetween Stadium rock and prog. Hereafter follows in Idlewind the first of four ballads, which is a bit too much for my ears. While saying that closing song The Silent Fighter Pilot is a highlight of the album. For the rest it all sounds good, performed at the level you would expect and pleasant to the ears and all. Yet I could not find any songs as good as Losers Day Parade or Swimming in Women from their debut. Still as I missed them touring in 2005 it would be nice to see them at de Boerderij one day. 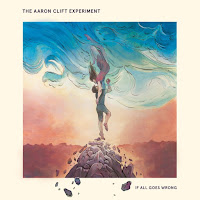 The Aaron Clift Experiment - If All Goes Wrong
Next week The Aaron Clift Experiment shalll release If All Goes Wrong and I am curious how far this album shall reach. This is American prog, edging on Classic Rock. So for the style they could appeal to many, or by lack of exposure remain this underground tip only. This is their third album and I do not know how big they got in the USA by now. As far as I know they never played Europe, so over here they have space for increasing their fanbase I guess. This album might be the right tool for that. The band is currently a trio with Aaron on Vocals/Keyboards, Devin North on bass and Tim Smith on drums. For the guitar parts they have called in several friends without this resulting in style breaks on the album. In progrock regions tend to have a typical sound like British or Scandinavian. This band definitely sounds American to me. Bands that sprung to mind for me as references were Styx and Salem Hill. Somewhere in that range you can find most of the songs, unless they visit the Beatles during Better off Before. Overall this album is very accesible and makes for a small hour well spent. The range can go from a bit of a bite in Last Crash, through more epical in Dream Within a Dream to a fast rocker like Wild Hunters. As it should be my favorite song is the titletrack with a nice guitar solo ending, which I recommend as intoduction for discovering them. You might be pleasantly surprised. 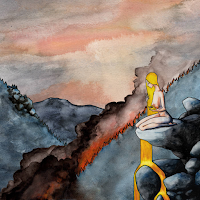 Perihelion Ship - To Paint a Bird of Fire
Pledge, Kickstarter and the likes give you this idea of helping out bands who deserve this. So when Perihelion Ship started their campaign I jumped in fast as I thought their debut album A Rare Thunderstorm in Spring both extremly good and highly underrated. Now last October this new album was released and I read some reviews on the internet. And then my bundle arrived by the mail a mere six months later. finding out that the Tee included does not look all that great. So where I might sound pissed off with the band I am not, as this is easily one of the best albums released over the past twelve months!! In the begin of this century two progmetal bands released Classic Concept albums which I both loved and set the bar for others to follow. These albums were Back to Times of Splendour by Disillusion and Light of Day, Day of Darkness by Green Carnation. Well anyone into either album should get Perihelion Ship immediately. To Paint a Bird of Fire is the perfect bastard son of both and mixes the same Seventies hardrock with some extreme metal and great songs. This album has two epical bookends in New Sun and New Sun?, both over ten minutes. In between those we have four shorter songs, which all have an own flavor to them. While the album should be heard in full my potential favorite so far is Wind of No Echoes. This song starts instrumentally for some minutes in the vein of Morte Macabre (meaning mellotrons and a dark atmosphere)  than switches through spoken samples to a Black Metallic song, in order to end more hard rocking. This song was cowritten by the keyboards/mellotron man Jaro Konttinen. The bonus track Maven is fully written by him and probably the loudest bit, so I'd say give that man a voice. Not to say that mainman Andreas Hammer did no great job, as only the 2017 release 2018 arrival make it hard for this album to reach my top five of either year. Go listen to this CD by Hammer, Jani, Jari and Jouko and ProgPower Europe pay attention these guys should rule around any dinner break in the weekend.

Barren Earth - A Complex of Cages
Is it a band, or is it a project. Now at their fourth album I tend to hope it is a band. At the same time all members have other obligations as well. Last year I saw them opening impressively for Insomnium and their metal fits that Melodic Death Metal band fine. At the same time we have here a healthy dose of Doom and Prog resulting in one fine mix. Vocalist of the band is Jón Aldará. I believe I saw him with Clouds at Dutch Doom Days, while I definitely heard him with Hamferd on one of the best Doom albums released this year. That is why I was somewhat surprised hearing him on opening track The Living Fortress. His singing here sounds more like reciting and definitely needs an open minded listener. Later on this reciting becomes much less and the mix between his clear voice and the heavy grunt often singing together is one of the highlights of this album. I say one of the highlights as the real focus should go out to the songs. This is a heavy album, but does not stop offering us variation all around. The Ruby is most accesible, with in the chorus a very fine working mix of vocal styles. Zeal and Solitude Path are epics with time and space for calmer moments.  Four albums in their career and I hope this time they reach such a response that touring becomes obligatory.
Posted by erikprogtricolor at 17:46