For those looking for christmas presents or just some music to play while watching the darts (Cullen - Wattimena on now, best match of the tournament so far) herewith five tips. As usual building up in volume. 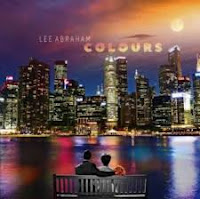 Lee Abraham - Colours
Lee Abraham is one of the progrockers in the UK, which I can buy in the blind. He falls herewith in the same category to me as several people working with him on this CD (Dec Burke, Simon Godfrey and Robin Armstrong) On this album he moves somewhat his proggy style towards even more AOR melodic hard rock. Actually this album would be better released in May as it has to me a spring summer feel over it. Reminding most of American bands from the eighties, there is still a mark by all his British friends. We even get Steve Overland from FM singing along. Feel good music which can be nice in winter as well. 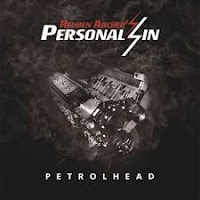 Reuben Archer's Personal Sin - Petrolhead
Last 8 December was not only the debut of Stampede in Holland, it was also the official release date for Petrolhead.  As Reuben mentioned in his interview this project gives him the chance to blend in some more blues or even jazz and funk. Well with the two guitars and drums of Stampede also in this band I can hear the bluesier side, but in the end it sounds comfortably close to that other band. As Reuben has a history with cars, this album is all about them. Tomorrow I go by car to 't Blok, so I will test the CD in the car. Pretty sure that will the best place to hear this album. Watch out for speeding tickets, great album. 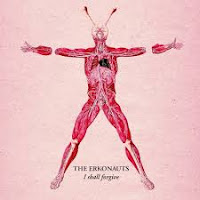 The Erkonauts - I Shall Forgive
Some years ago I discovered this band from Switzerland with their album Do Something Bad. I remember ordering directly from the band and receive a crazy low order number. Seems to me their name is growing as I ran into many reviews this time. All speak about Progpunk to decsribe their style. This makes sense as they have something proggy and something Motorhead alike in their music. the songs are diverse enough and I would like to see them live one day. I can imagine this to be a party on and off the stage. Hard to pinpoint so recommended to try for many. 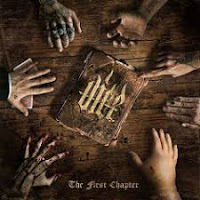 Vice - The First Chapter
When the guitarist/vocalist of an English Prog rock band tips you on Vice, one does not expect such a heavy album. Metal Archives boxes them under Melodic Death Metal / Metalcore. I personally would add Heavy Metal / Thrash Metal. Meaning what they play is not the point, how they do this is astonishing. An album about the seven deadly sins, containing seven songs around six minutes, plus in Lust an instrumental monster of over ten minutes. Highlight of the album the guitars really. Heavy, catchy songs, good vocals, but the constant flow of good guitars really sets the bar that high. Now I just read they lost one guitarist. I hope they find good replacement as they come to Belgium in April together with the band that gave the tip. So I shall be there it seems. 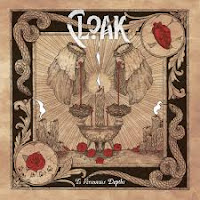 Cloak - To Venoumous Depths
While I mentioned all Erkonauts reviews spoke of Progpunk, all Cloak reviews mention Tribulation. Now I was very impressed with Tribulation both on album as live, so why not try them out. Turns out To Venomous Depths indeed has many similarities, but as long as it is as well executed as this I have no issues with that really. This Blackened rock is packed in nice long and moody songs. One final comparison with Tribulation then. While the swedes look different with their tiny guitarists in tight pantys, this lot looks on the picture in the CD booklet like a southern rock band to me. Looks can deceive  as they are both heavier than that.