The Erkonauts - I Did Something Bad 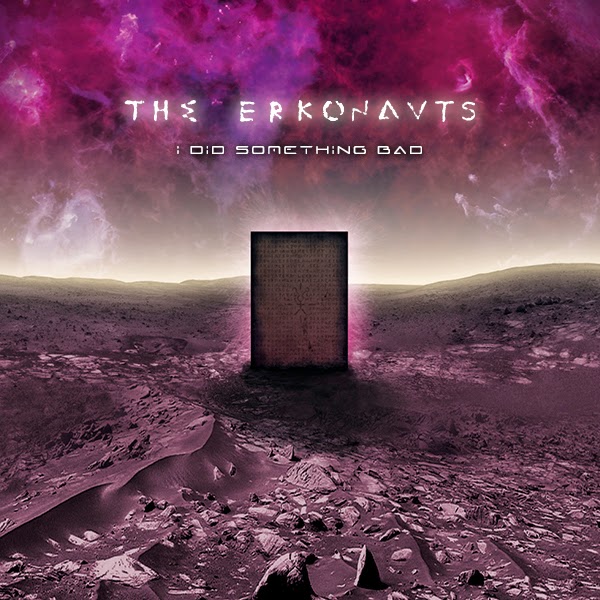 Many fora bring you to new music to discover and I mentioned several times Progstreaming, Something For The Weekend or Ave Noctum. A Major source I might not have mentioned before is Prog Metal Zone, with their weekly new releases including links to songs or full albums. So I ran into this band from Geneva Switzerland. PMZ spoke about Progmetal with a Punk attitude and the clip of Domimium Mundi sounded very promising. Check it out on YouTube. If you like the heavier parts of this semi ballad you might just order this CD as well. Otherwise first go through their clip with parts of each song as I did.

Punk attitude might be a good description as there definitely is a raw edge to their music. Sometimes I hear a Motorhead like bass running as well. But at the same time I hear adventurous Prog Metal which has always a heavy bass very present. Then I also heard some Thin Lizzy on triple speed passing in Tony 5. As these guys are like me non native English speakers they can get away with somewhat dubious song titles like The Great Ass Poopery or All the Girls Should Die. It is all about the music, which has a party atmosphere around it and I can imagine this to be live quite an energetic show.
Highlight of the album comes in the Hamster's Ghosthouse. This songs greets Voivod openly while at the end of it we get several instrumental minutes with a solo that reminds us of Gary Moore while still hard rocking. A song alone that justifies purchasing this album.

So I did order directly with the band after listening to the two clips at YouTube. To my surprise I was ordernumber 22 only. I guess the ProgMetal loving world can do a lot better. This is just the next great finding in very young 2015 for me. And finishing with Prog Metal Zone, this week led me to the next great discovery in Vola. That band emailed back that they are working on a physical CD now, so watch these pages for more PMZ discoveries soon.
Posted by erikprogtricolor at 12:09