Mark Gregory - No Sleep till Saltburn 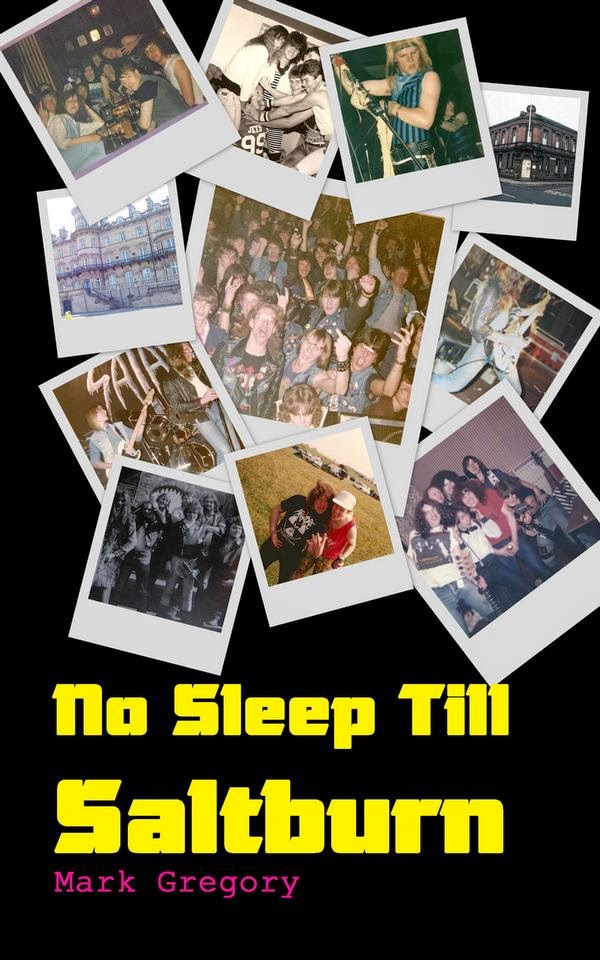 Mark Gregory is not a musician, he is a writer, former milkman, radio maker, band manager and creative director amongst other jobs. As such this is not a CD, but a book. And what a read it was on my last week's trip abroad. The full title being "No sleep till Saltburn -Adventures on the edge of the New Wave Of British Heavy Metal" this is a first hand story of the do it your self mentality that resulted in the boom of many great (or not so great) NWOBHM bands in the early eighties. After finishing this book in almost one read I can only say that anyone with a slight interest in Heavy Metal or NWOBHM and no strong dislike of reading should have this book. Almost as captivating as Anvil's The Story of Anvil, this book is also filled with humour when going through the learning on the job experiences and painful mistakes. In the end it has been mainly thanks to people like Mark Gregory that the news on the NWOBHM got spread around through his magazine Cleveland Rocks as well as his local radio show.

All the bands mentioned in the book sound familiar to me, but as I was still at school and only started seeing live shows at the end of the NWOBHM movement, with Diamond Head first time outside the UK being one of the first of them. There is a link with Holland though as Mark talks about the letters received from abroad asking for his first edition of Cleveland Rocks. He specially mentions a certain Metal Mike and Andre Verhuysen, both World Famous in Holland's metal scene as the original and still running Aardschok magazine editors. They took care that Holland always learned about new bands fast and some broke through in Holland before conquering Europe really (Metallica and Queensryche for starters). The Chapter No Sleep till Eindhoven was therefore an extra interesting read, as Mark joined Satan on their Dutch tour 1983, where they played the Dynamo club in Eindhoven. Satan proudly mentioned to be ranked above Whitesnake, Quo, Gillan and Van Halen and as I have my Aardschoks 1983-1986 saved for historical value, I could check the facts and indeed they were , ranked number 40 and above these more known names. The review of Mark for that show was one of great admiration of band and audience, so I had to check the review in Aardschok as well, which was a bit more down to earth. As a Dutchman it was nice to read though that Dutch crowds in the early eighties looked maniacal in the eyes of an English band and journalist.

Repeating again this book you read with a smile on your face. The comments on the Battleaxe cover for Burn this Town, their tourbus, the rockstar behaviour of some names that disappeared pretty soon, the drinking sessions in London interviewing Saga, his first impressions of Venom (similar to mine at the time) it all brings you back to times when music was made out of love for the music and no X-Factor/Idols shit existed. So sorry I can't make it to Brofest to return to NENWOBHM heydays.
Posted by erikprogtricolor at 12:47