Audioplastik - In the Head of a Maniac 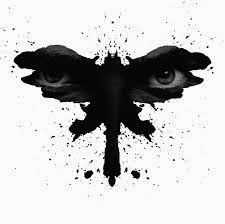 I believe it was end 2013 when I voted for promise 2014 to be Alpha Flood on the Prog Magazine Poll. Then drummer Collin Leijenaar left and the name changed into Brave New Sky, which kept me waiting for this CD that never came. And now I received my copy of the pre-ordered debutalbum of Audioplastik and a new highlight of 2015 arrived. Audioplastik are: Dec Burke from Darwin's Radio, Frost*, two Classic solo albums and helping out British Prog artists like Lee Abraham (I believe he also played Rush covers with or before Darwin's Radio). Simon Andersson from Darkwater and ex-Pain of Salvation on guitars and bass. Richard West best known from playing keyboards in Threshold.

Looking at the past and current bands of the members we could expect some melodic progmetal light or melodic heavy prog and that is exactly what we get. Compact and accessable Audioplastik presents a great set of 13 songs, some of which even can be considered radio-friendly (if you don't live in Holland that is). Audioplastik are blending nicely the bands mentioned above. Being heavier than Dec Burke's solo efforts they also remind of a softer Threshold and melodic Darkwater is on the background. Running through the songs I have no outstanding favorite yet, while there is plenty to choose from instrumentals, uptempo or semi-ballads.

Next to Shatterd Skies this was one of the CD's I was looking forward to in the new year and again my expectations were met. Seeing Dec Burke live is for me less of a succes story. When he opened for Script for a Jester's Tour snow was stopping me from driving to de Boerderij and half an hour waiting for a tram that never came, made me throw the towel. Than in 2012 I was going for a training in London and arranged flights so that I could catch Dec Burke's Band in Milton Keynes on a Sunday afternoon, a show that got cancelled shortly before. Now Audioplastik should make it to de Boerderij, play this album completed with covers from all bands mentioned at the introduction and a great night at the Farm seems guaranteed.
Posted by erikprogtricolor at 21:31