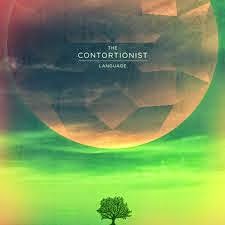 It took me some 18 months to fully appreciate their previous album Intrinsic and somewhere early 2014 I wondered why that album did not make it to my best of 2012 list. Now the Contortionist are back with Language. This one might be easier, or I am better prepared, but already after 3 listens I think this is a rather very good album. Their first album is unknown to me and seemed to be Deathcore based. During Intrinsic several progressive influences were blended in and now we get an almost fully calm album, with occassional grunts accompanying clean vocals. So from very heavy evolving to atmospheric might remind of Anathema, but for me the reference to them is Cynic. Actually I am sure they would be the perfect band to support Cynic as this album reminds me strongly of the later works of Cynic (Language I, could have been on Traced in Air and I might not have noticed this to be a different band)

Maybe a bit easier to grasp than Intrinsic I still need several listens before understanding what is going on all the time. Being one in the category "Please listen through Headphones" there is a lot of moody bits and fast guitar strumming fighting for attention. I would not really know how to describe them best, but I ran into the term ambidjent when reading about them and that might just be right. Listening on headphone again while writing this review I do realize the album is actually heavier than those who only serve for Sunday mornings slow awakenings. There is much more to explore here and I shall do so over the coming months. By the end of the year the rank in my yearlist can be decided. Due to fairly far shows with only a support slot before The Faceless and Protest theHero, I probably won't see them live when touring Holland/Belgium later this month. Intriguing album, for the daring ones and I already had them on my list for Progpower 2015 requests so let's hope.