Persian Risk - Who Am I? 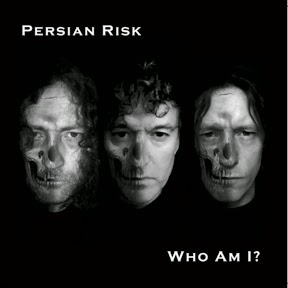 Smart initiative leading to a great surprise. So I bought Persian Risk's previous CD "Once a King" through their website. Vocalist Carl Sentence obviously kept the e-mails from those who ordered and now sent out a warning that their follow-up "Who Am I?' was released. As I loved the "Once a King"album, I did not need to think for a long time and ordered Who Am I? in the blind. After only five listens this is clearly one of the best hard rock albums of the year. For those my age who were at school during the peak of NWOBHM and heard more on the radio than you could afford to buy on LP, this is the band from single Hurt You. Look for it on YouTube and you shall remember.

I do not know who is the core of the band nowadays as the booklet shows including Carl Sentence himself five guitarists.  I only know that Howie G, who played on their last album, left and joined Lawless (who are also releasing a new album I should get this month). Phil Campbell from Motorhead fame is the best known name amongst the guitarists but I do not know which parts are from him. I do recognize that most of the ten songs are fast so his influence might be well around. The other famous guest is Don Airey, known from his work with Deep Purple, Rainbow, MSG, Gary Moore, Ozzy to name only a few. He might have added to the Classic Hard Rock Sounds that are present like on Dark Tower or bluesy ballad I Thought it was You.

So this is a highly enjoyable album mainly in the uptempo regions. What makes this album just a little more special is the fact that it contains in "Facing Your Demons" one of the best melodic rock anthems of the year. I sang along the second time the chorus passed by and it reminded me of the best work Alcatrazz released in the eighties. This song alone is worth the purchase while for the rest you won't find any disappointments really either. Great album and Carl informed he is looking for possibilities to come to Holland. Alternatively he can play Hatfield and I shall consider the trip.
Posted by erikprogtricolor at 21:24