The Hague Heavy Metal Alliance: a non profit organisation promoting Heavy Metal shows in The Hague and finally I could make it to one. Night Demon and Venator, playing Cafe de Vinger. An evening of old school heavy metal was promised and delivered. 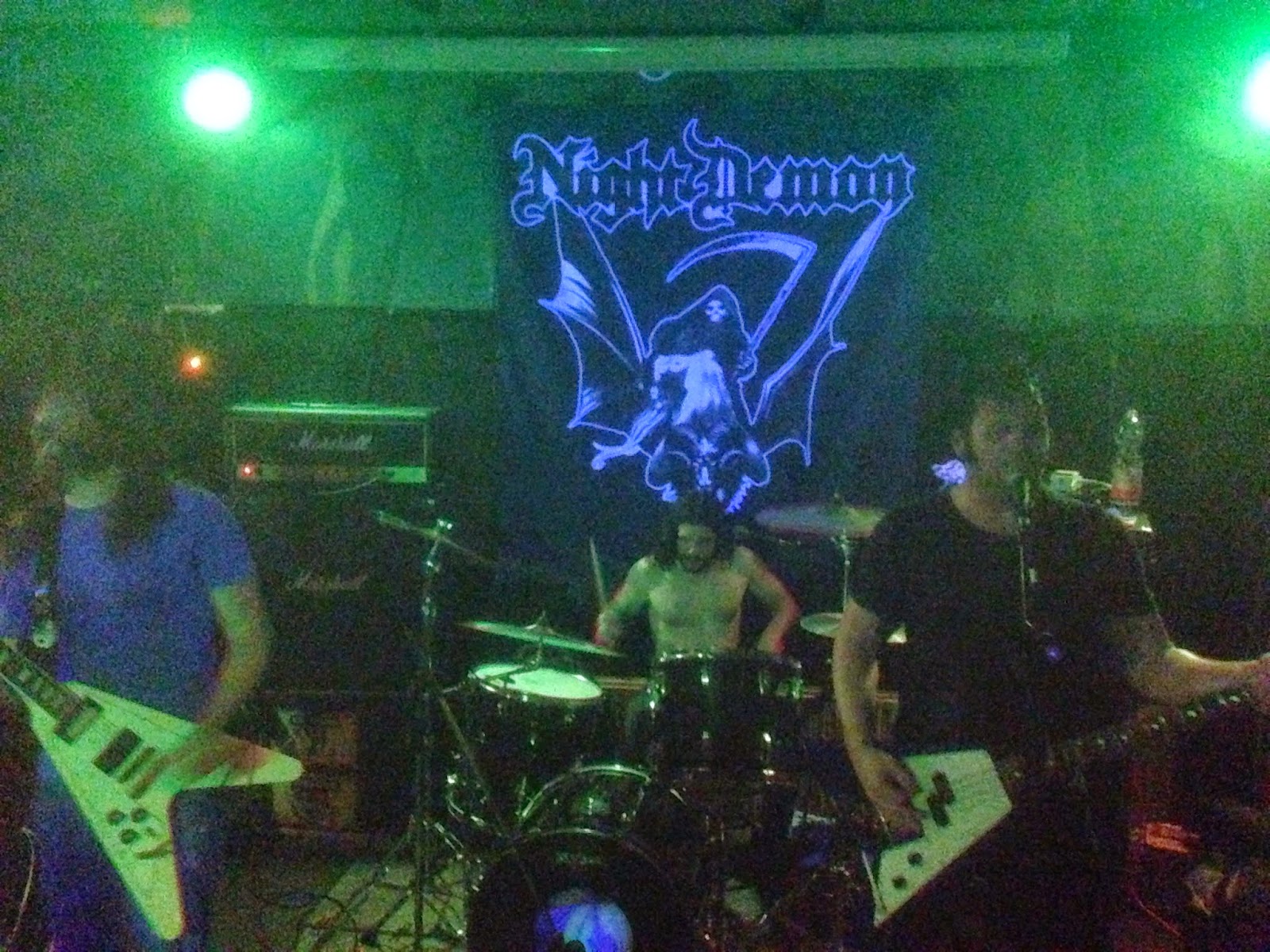 Support band Venator had the screams, the guitars and the whoo-ho-hoa sing alongs. The best part of this is that being not familiar with their music it sounds nice at first listen. Although I always recommend a cover (unless they played one I did not know). Hereafter came Night Demon, being on a small tour through Europe. This turned out to be a nice heavy trio, that sounded not much different from the NWOBHM bands that came 35 years before them. This fact was even made clearer by the two Flying V's and the covers they played: Lightning to the Nations and Axe Crazy. Their own songs were  new to me, but were all up-tempo with some nice guitars and sounding good. Next Saturday we have Fortarock in Holland which is this year's biggest metal festival. I doubt I shall bother to go there, as to me these Tuesday night surprises are so much nicer. Interesting observation from the vocalist was that since we were not in the USA, probably most of us should get up the next morning for work so they finished shortly after midnight. So people with a job don't go to weekday metal shows in the US, that is sad. I enjoyed this evening and hope for more bands of this level coming to The Hague. For appreciation of the band got the T-shirt and EP, to find out they played Radar Love in the past live. When I pointed the band that they were in the city of Radar Love, so an easy succes, I learned the new line-up did not play this song yet. A pity, but I preferred the Diamond Head and Jaguar covers anyway. Another discovery of a good band and they shall return next year for Very Eavy festival. 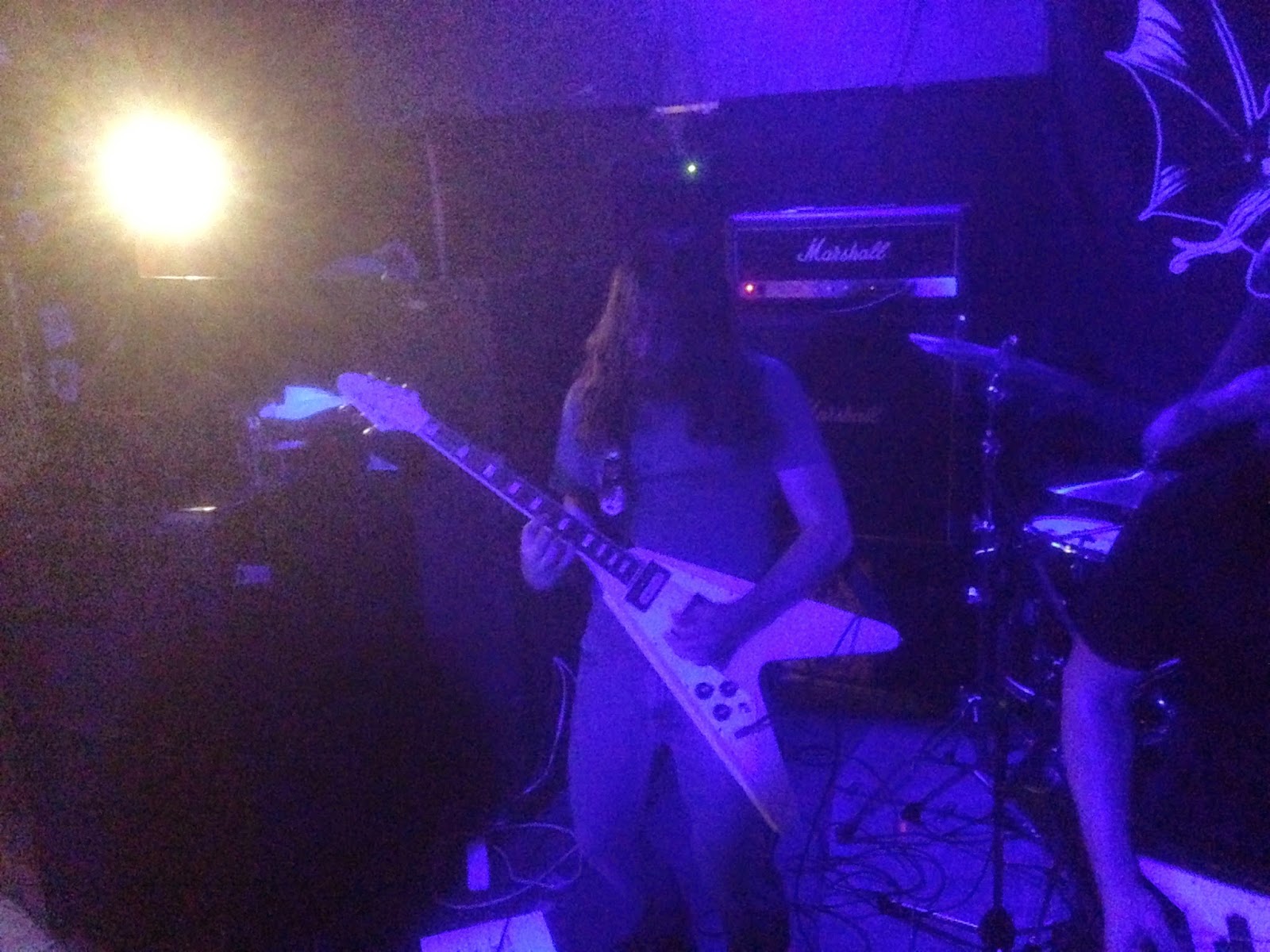