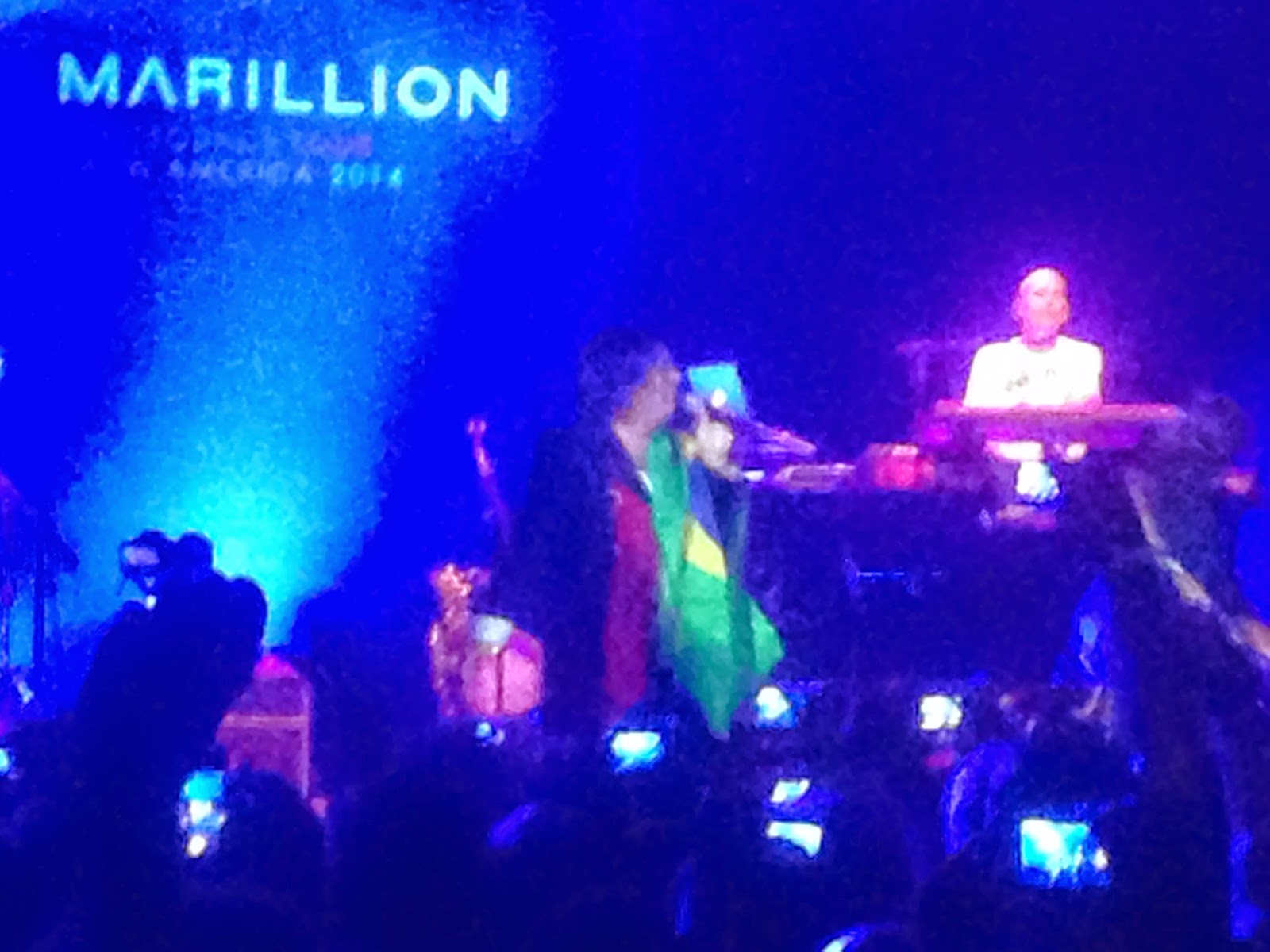 More than once I heard Marillion in the past answer the question of their favorite show, with a reply hinting that Rio is up there among their favorites. As Rio is also my second hometown I decided that next time they would play Rio I would see for myself. Well that is not how it actually went. When I was disappointed that a worktrip to Brazil made me miss Technical Thrashers Toxik in Scum, I found by coincidence a good alternative in this show and with the help of some fortunate arrival of jet-lagged customers I did manage to see Marillion in Rio after all. With Marillion obviously liking Rio as much chances for a moody H were nill and everybody seemed to have a good time on stage. For those like me in the audience there was a nice bonus in the fact that on South American trips they just can't skip Kayleigh, so the percentage Fish songs is higher than any European show. 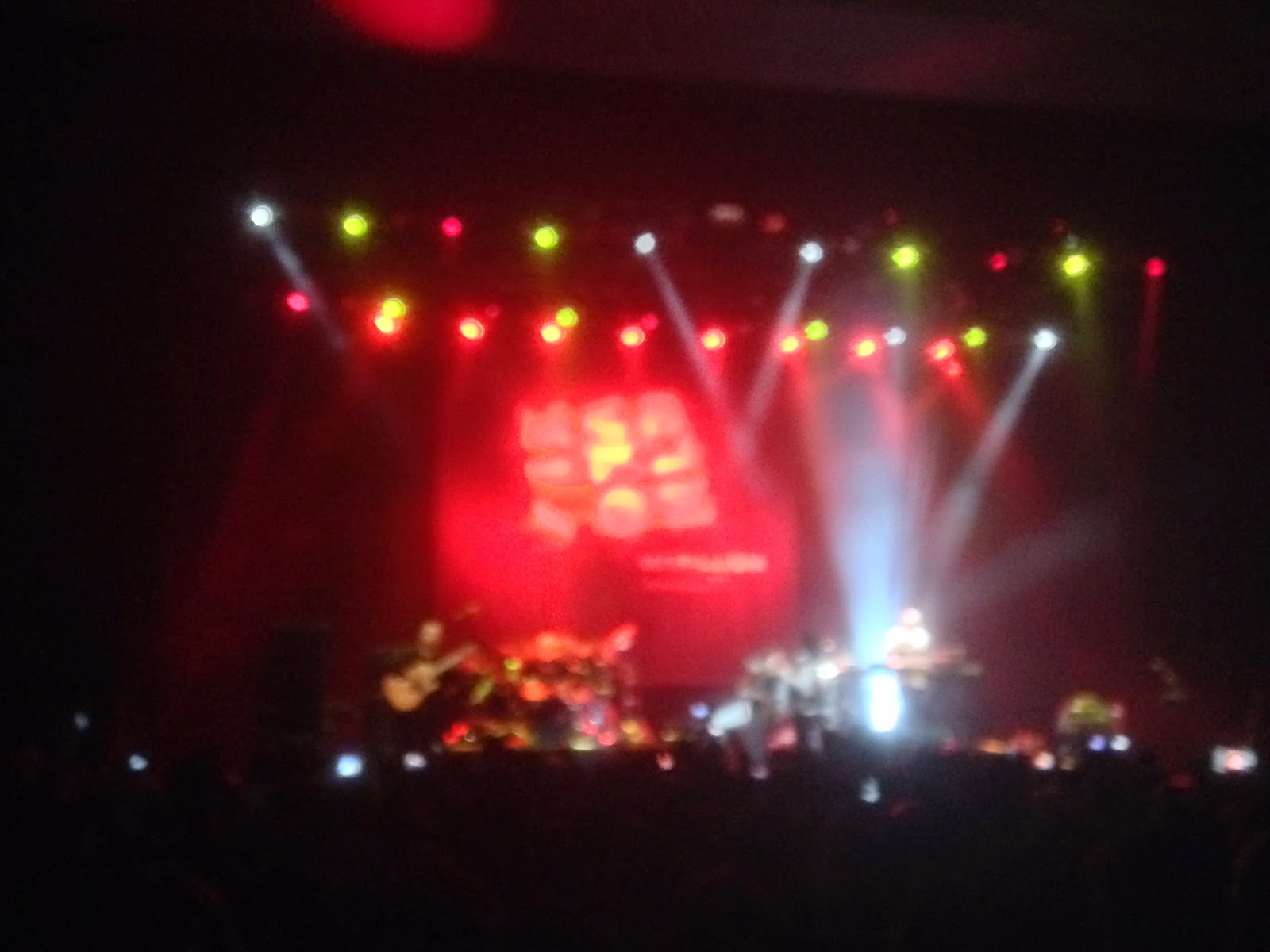 Starting off we got Gaza. Live this showed really that it must be the heaviest Marillion song of the past decade and starting well. As the tour was originally called greatest hits, turned into best sounds tour we did get many early H era hits as well, Easter and Beautiful followed. Power from the sounds album created large cues at the toilets, but was in a good pace, followed by the biggest surprise of the night in Ocean Cloud. Then we went back in time for No One Can and Warm Wet Circles/That Time of the Night and the roof started loosing some concrete, or was I only imagining that? The first part ended uptempo, welcomed by me in Cover My Eyes, Hooks in You and Man of a Thousand Faces.
The first encore gave us Kayleigh plus Lavender and Heart of Lothian with lots of vocals for the audience. Final encore was Neverland and it seemed a Greatest Hts show indeed. 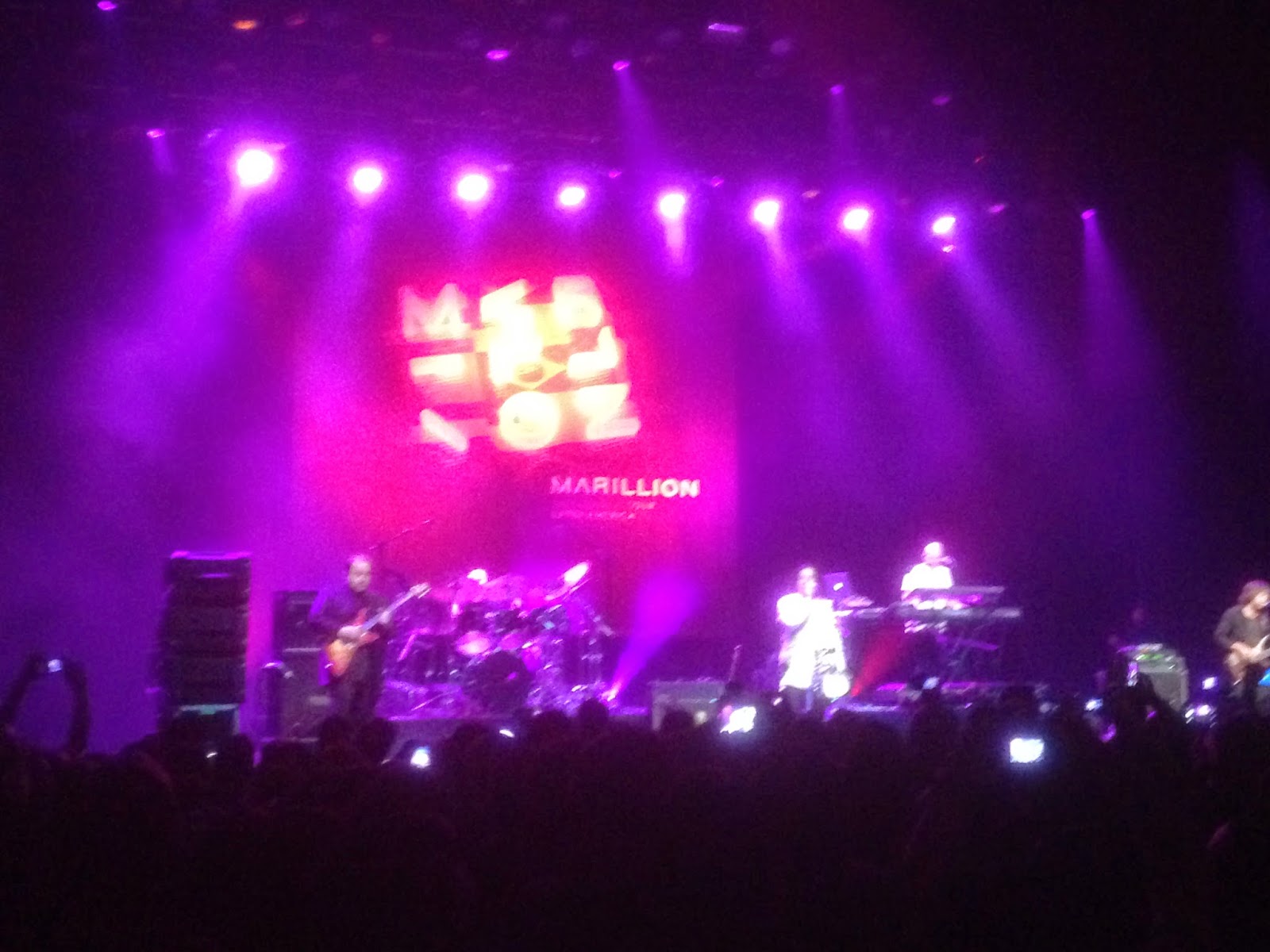 So how was the show in Rio and what are my amateur antropologist comments? First the ticket stated start at 22:00 hrs, so when I entered the Hall around 21:30 I learned the the support band already finished. Upon arrival many people stood outside drinking and with the rather similar male part of the crowd being nerdy, into metal and bolding, all just like me. A big part of the women dressed  pretty different from Europe: as if going to a wedding and following the principle of Marillion's inbetween album Less = More. No complaints though. Brazilians like to talk a lot, but during the show this was not very obvious. The crowd is loud and singing along Rothery's guitar solo's is also a local hobby. Still I felt the crowds at Marillion weekends more fanatical as you gather the real freaks than. Helped by a very nice uptempo and old setlist I think this one shall go down in my memory as one of the better Marillion shows as well. Next time I shall be there again (if work helps that is).